I have previously posted the history of Merv Meredith's Turbulent ZK-CBN up to 2010 in my post Druine Turbulents of New Zealand (4), but since then some more history can be added.

My originally posted photos of ZK-CBN were in black and white, so I now add colour photos from Don Noble's collection as below. 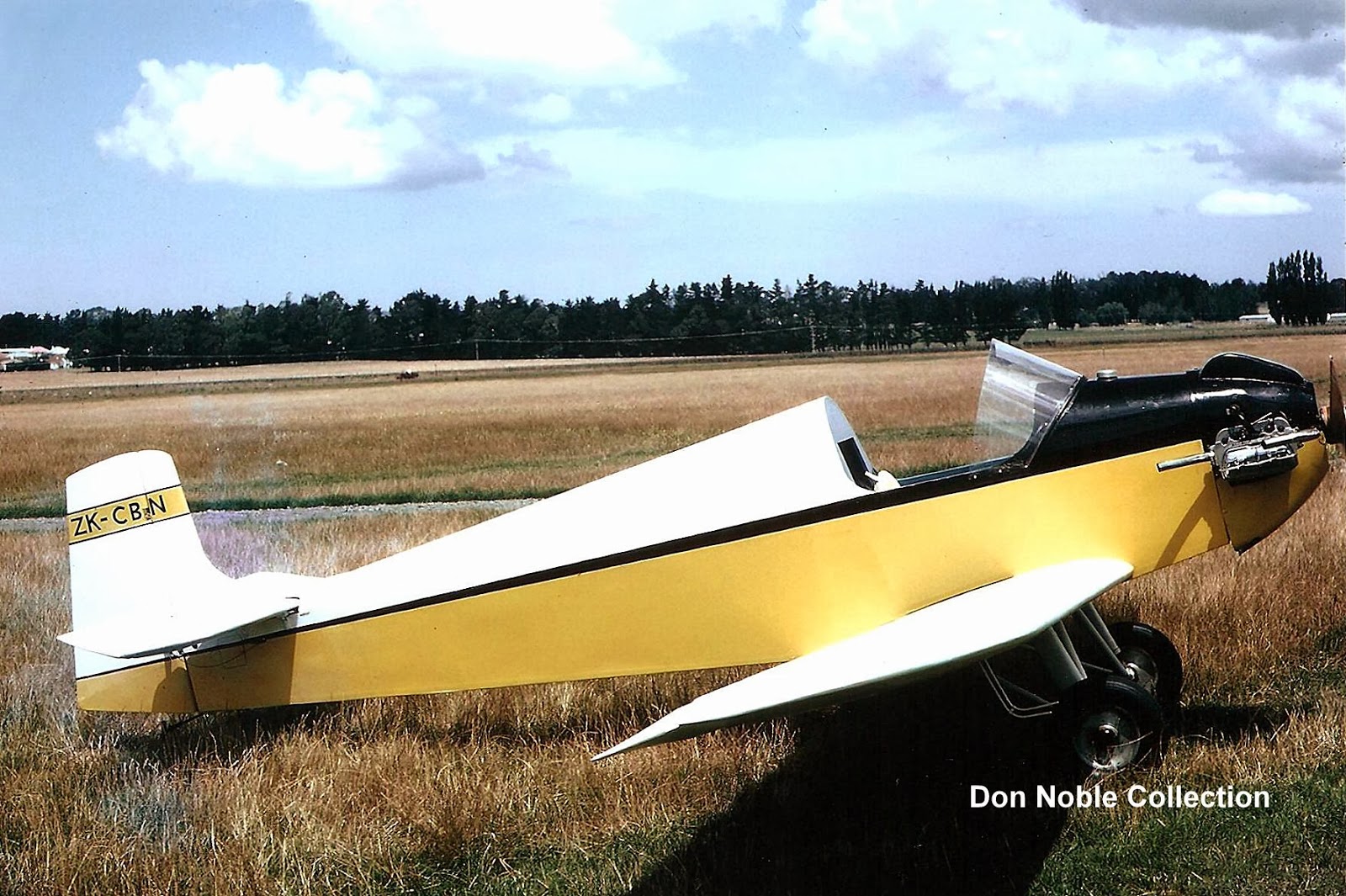 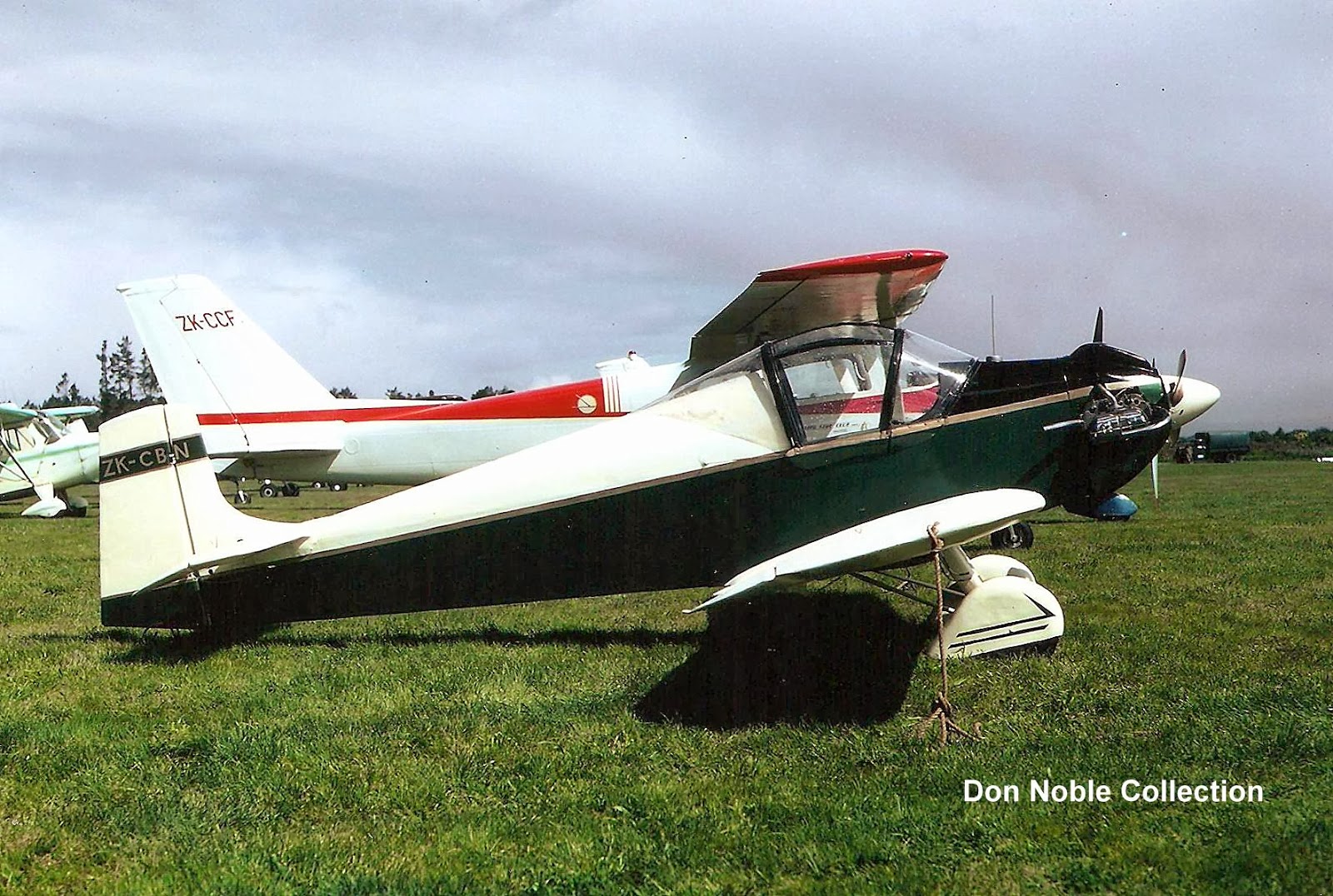 As I previously posted, ownership of ZK-CBN finally transferred to IG Williams of Whenuapai on 29/3/74 and it was withdrawn from use and cancelled on 29/8/75.

However it was registered again on 29/5/95 to the Williams/Thompson/Knox Syndicate of Drury.  This was a case rather like grandfather's axe, as Ian Williams recalled that the only original part from Merv Meredith's ZK-CBN was the rudder bracket, and the syndicate had to build a new fuselage and new wings!  It then sat around for several years before eventually being test flown by Lee Middleton.  However it had some problems so it sat around again for many years before being cancelled again on 15/8/12. 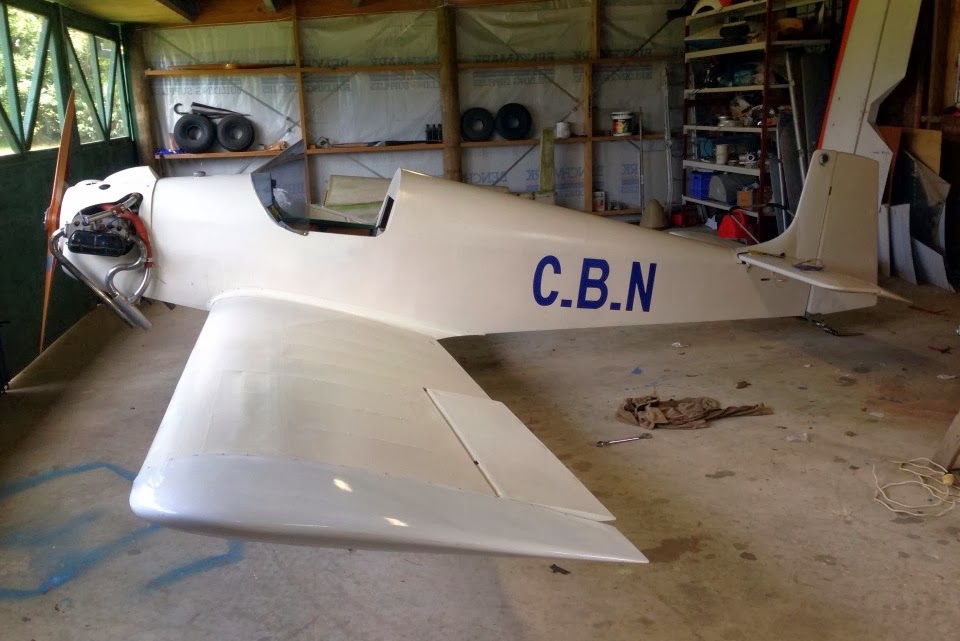