Last month, a US registered Progressive Aerodyne Searey amphibian was based at North Shore airfield for some weeks.  N415RK is usually based on the 235 foot long superyacht SuRi which was spending some time over the summer cruising the waters of Northern New Zealand. 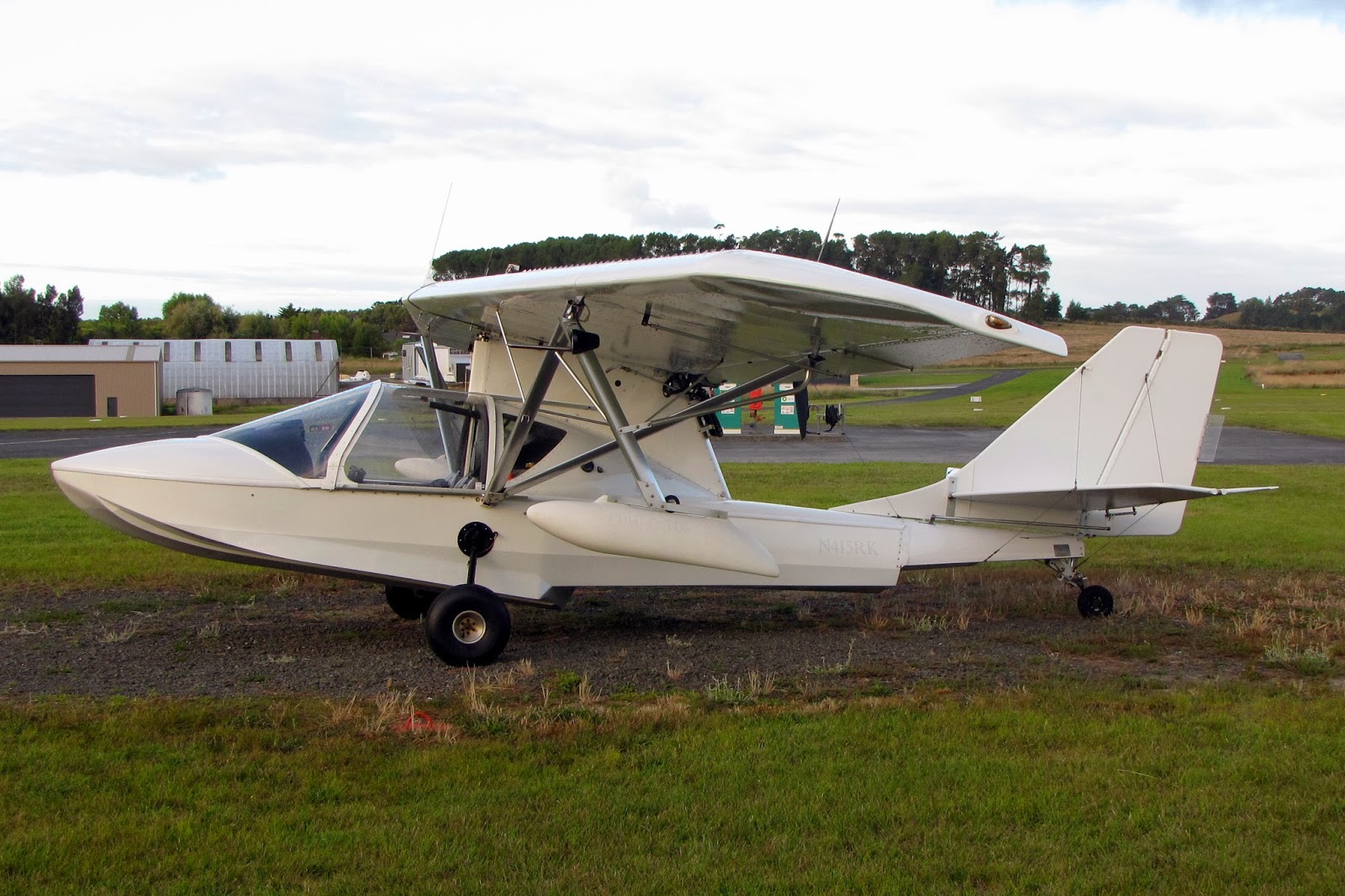 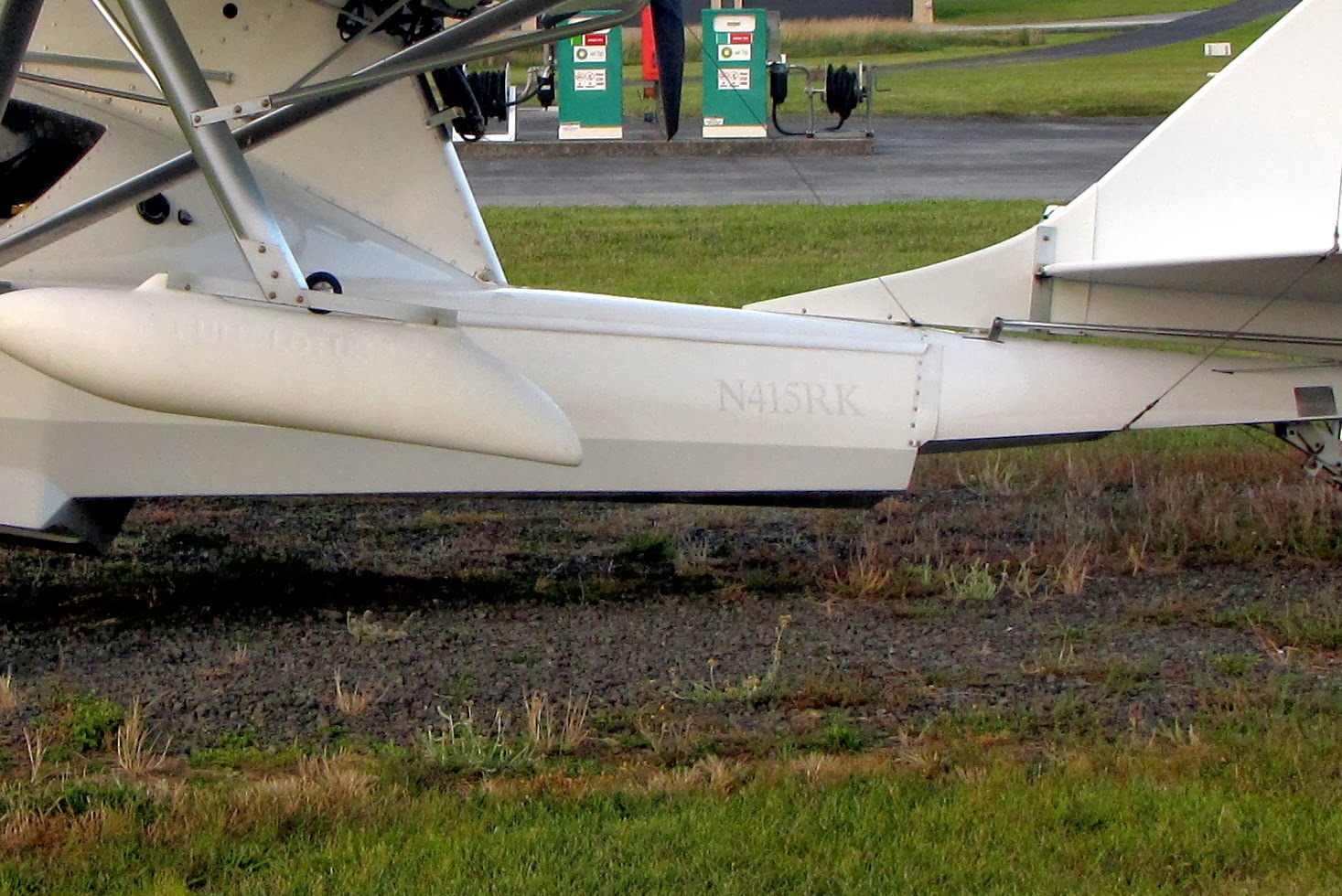 In case you didn't see the registration, here it is enlarged - it's still pretty hard to see! 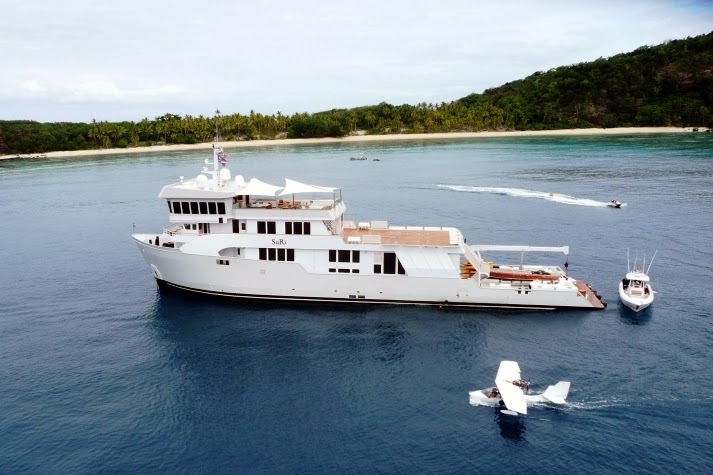 And here is a photo from the internet which shows the SuRi with her playthings.  After water operations the Searey is craned aboard and its wings folded, before it is hangared at the rear of the yacht.  I was told that the SuRi was anchored off the Whangaparaoa Peninsula for an afternoon during summer, with the Searey flying off the water.  Can anyone supply a photo?

Pilot Dan Nickens told me that he is employed to fly the Searey which sounds like nice work if you can get it.  He also told me that he built his own Searey in the US, and he recently used his Searey to video and photograph Richard Bach's own Searey journey across America from Florida to Washington State in "The Travels of Puff - A Gentle Game of Life and Death".  There is some nice You Tube footage of this adventure at:
https://www.youtube.com/watch?v=viAaFC6sMRo

Dan Nickens also told me that the owner of the SuRi is developing an international golf course at Mangawhai, and that he has ordered another Searey to be based there.

We currently have four Seareys in New Zealand:  ZK-REY at Papakura, ZK-SRY at North Shore, ZK-YAY at Motueka and the newly imported ZK-WET at Dunedin.