We have had 3 Protech PT 2s in New Zealand to date, and they all originated from the Hawkes Bay Chapter of the AACA.  They bought four kits into New Zealand in the late 1980s, and reckoned that the Protech would be a great Jodel D 11 replacement. 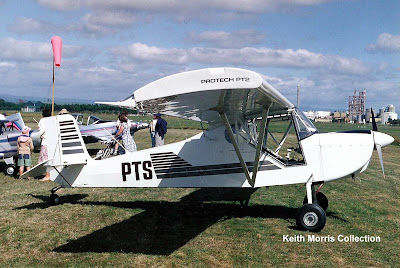 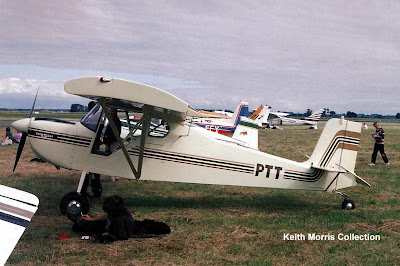 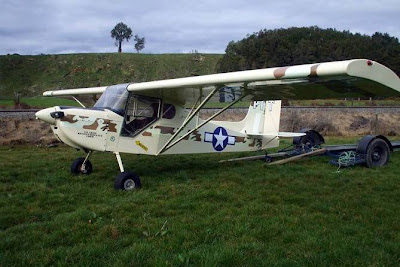 Finally it was sold to the West Coast, to NE Wilson of Reefton, on 10/2/11.  Somewhere along the line it was repainted, and it is currently for sale on Trade Me from where I filched the above photo. 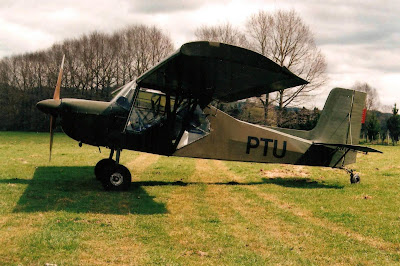 And the third PT 2 of the trio was Charlie Janes ZK-PTU (c/n AACA/431) which was first registered on 31/1/92.  Charlie has used ZK-PTU extensively for flying into bush airstrips in the ranges on hunting trips, and has documented his experiences in several books with photos of ZK-PTU.  (Charlie also built Jodel D 11 ZK-EFK for the same purpose, but no doubt the Protech has a big advantage with its high wing).  I have never seen ZK-PTU however the above photo is supplied by Greybeard who came across the aircraft in a field out behind Murupara when he was looking for local helicopters.  Thanks for the photo Greybeard.

There is one more Protech PT 2 in Hawkes Bay, which was being built by Greg McNicol at the time of his death.  This one is an improved version, and the registration ZK-WMW has been reserved with the M in memory of Greg.