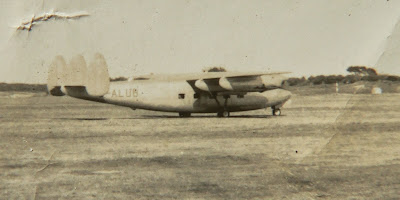 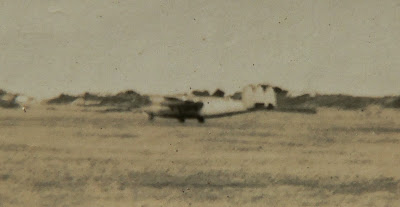 In the event, the only airlines to operate this small four engine machine (at least from new) were West African Airways Corp and Burma Airways.
Pic above shows G-ALUB in BEA markings.
The RAF did, however, take some 28 odd of the unsold ones and used them as navigational trainers, branded as Marathon T.11s."
G-ALUB was listed to the UK Ministry of Supply on 29-08-1951 and delivered to the RAF on 28-03-1952 and given the RAF serial of XA249. It was scrapped in January of 1959.
Posted by Dave Paull at 15:53