The next type of 2 seater homebuilt aircraft to appear in New Zealand was our first amphibian, the Volmer VJ 22 Sportsman.  New Zealand is a great place for an amphibian with our many freshwater lakes and extensive coastline, and we have had quite a few types of amphibian as I will post in this series over time. 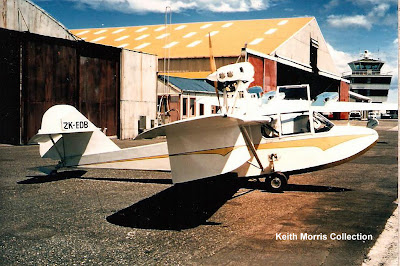 Our first Volmer Sportsman was ZK-EDB (c/n AACA/151/1) which was built by David Burgess of
Invercargill and was first registered in October 1974.  It first flew on 7/12/74 at Invercargill, where the above photo was taken.  Ownership transferred to VB Murray of Kingston on 4/3/82, then to JH Richards and MK Browning of Darfield on 25/6/85. 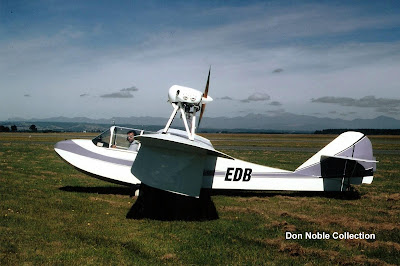 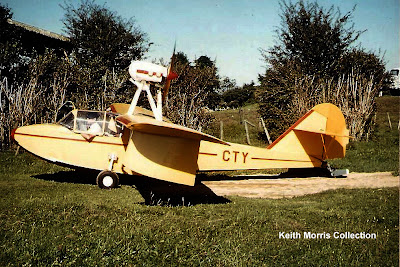 ZK-CTY (c/n AACA/15/2) was registered way back on 12/7/67 to Peter Dyer of Christchurch.  Peter
Dyer was a prolific aircraft builder but for whatever reason he did not complete ZK-CTY.  Instead he sold it to John Murray, also of Christchurch on 26/3/74.  Although he had previously built Jodel D 9 ZK-DEV, he did not complete it either and I have seen photos of the nearly completed fuselage as it was transported to Auckland for AK Lynch who purchased the project on 1/11/74.  It then passed to MF Brister of Auckland on 17/8/79, and then to both AK Lynch and MF Brister on 10/9/79.  Somewhere in between there it was completed but I don't know when.  I have a black and white photo of it at what looks like the 1980 AACA flyin at Te Kowhai... Later it was owned by AO Barrowclough of Auckland from 13/1/86, then by BL Hegley of Auckland from 4/10/88.  Finally ownership changed to AW Payne of Napier on 27/11/96 but it was cancelled on the same day.  Maybe it was bought in a damaged state?

There is an interesting video of ZK-CTY flying from Hobsonville and doing water landings near to Te Atatu on the Waitemata Harbour at www.youtube.com/watch?v=Mns83KflLxU  .  The above photo may have been taken at Hobsonville? 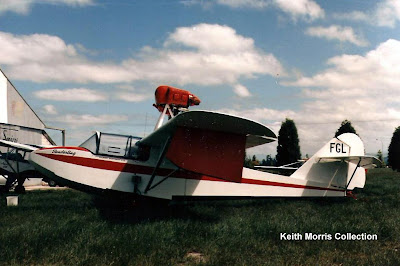