It was used in the early years of Operation Deep Freeze with VXE6 (Air Development Squadron Six) [Airdevronsix]. There is a very impressive ice fall at the western end of the Wright (Dry) Valley in Antarctica named Airdevronsix Icefall.
I believe this was the first wheeled aircraft to land at McMurdo Sound (on 20-12-1955. ).

It is pictured above and below at Wigram in October of 1958 with Grant's brothers at the controls.
These two pics are from the Grant Porter collection. 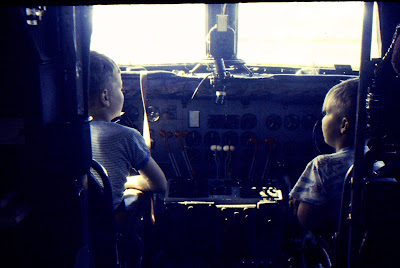 Below we see Bu56528 (JD5) at Wellington at a later date and in a different scheme with the renamed VX6 Squadron. Photo I believe is from John Lozon. 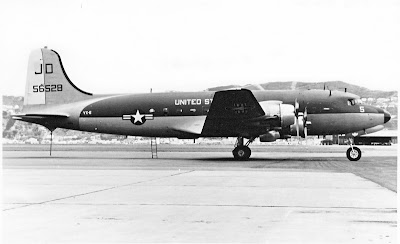 It was withdrawn from military service in December 1964 and joined a water bomber Company at Phoenix Arizona and was registered as N44915. I suspect it was only used as spares as it mortal remains sat at Chandler Memorial Airport in Arizona until being recently broken up. Its US military scheme was still plainly visible and the N44195 registration appeared to have been applied with a large paint brush.
Posted by Dave Paull at 22:11