Frenchman Marcel Jurca designed his MJ 5 Sirocco for homebuilding in the early 1960's and the prototype first flew on 25/7/62.  It is an all wood design with a cantilever low wing and 2 tandem seats.  It can be built with fixed or retractable undercarriage, and with either a low or high tail.  The name Sirocco is that of a hot wind that blows from the Sahara Desert across Southern Europe.

The Sirocco was the next type of 2 seater homebuilt aircarft to be registered in New Zealand (after the Volmer Sportsman, and also as Jodel D 11's and Minicabs were being registered as well).  We have had 5 Siroccos completed in New Zealand, as follows: 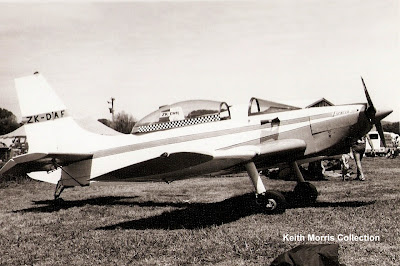 Our first Sirocco was Ron Keyte's ZK-DAF (c/n AACA/18) which was completed by Ron at Ohakea where he was an Air Force chaplain.  It was first registered on 9/1/75 and first flew on 5/1/76.  It was originally powered by a 180 HP Franklin motor but this was later replaced with a Lycoming O-320 motor.  It is photo'd above at the 1976 AACA flyin at Kaikohe.  It can be seen that it had a fixed undercarriage and the high tail. 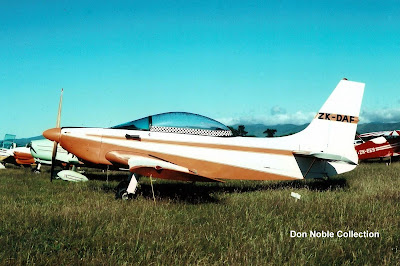 Tragically ZK-DAF broke up in mid air near Masterton on 11/3/78, killing both Ron Keyte and his passenger Manfred Schaeffer (see post on Taylor Monoplane ZK-EDZ).  The accident report found that the aircraft suffered flutter which led to aileron failure. 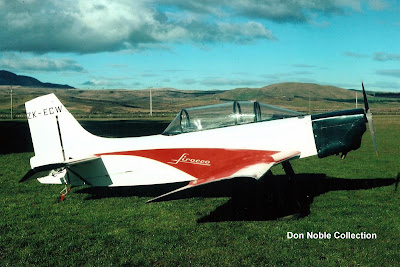 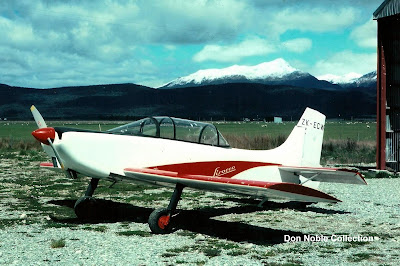 And here it is photo'd again at Manapouri by Don Noble, on 27/10/76,where it can be seen that it had a fixed undercarriage.  It was sold to GJ Hillary of Queenstown on 27/2/87.  It was damaged in a garage collapse in the early 1990's, following which it was partially repaired and stored.  It was then sold to KH Kramer of Frankton on 11/7/94, and to MB Ormond of Arrowtown on 1/12/96.  Finally it was sold to JR Davies of Auckland on 31/5/11 and it is currently still registered but stored in Auckland.  Does anyone know if it flew again after the garage collapse in Queenstown in the early 1990's? 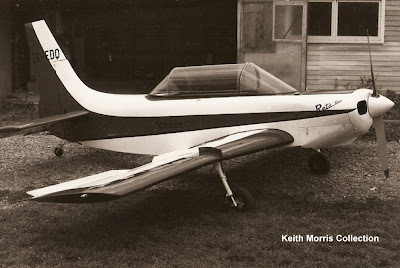 Our third Sirocco was ZK-EDQ (c/n AACA/141/1) which was built by Rex Kramer of Hope, near Nelson, and was first registered on 14/1/76.  Its first flight was on 7/2 76.  It was originally allocated the registration ZK-DTR but this was not taken up.  It had an O-320 motor and was named "Reta too" after Rex's wife.  I do not have a record of who took the above photo, or where it was taken, but it can be seen that it had a retractable undercarriage.  I think this was the first New Zealand landplane homebuilt aircraft to have a retractable undercarriage (although after Volmer Sportsman ZK-EDB which was an amphibian) 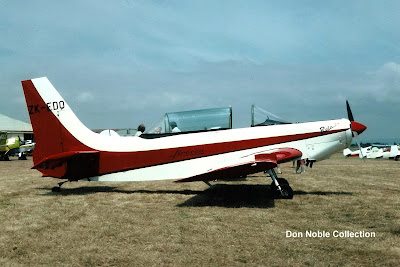 The above colour photo of ZK-EDQ was taken by Don Noble at Nelson on 28/1 78.  ZK-EDQ was damaged on take-off from Hope on 19/12/76.  I understand that it did some glider towing from Nelson during Rex Kramer's ownership.  It was bought by Airwork (NZ) Ltd of Christchurch on 13/11/81 as part of a deal which saw Rex Kramer purchase Chrokee 235 ZK-CEH.  It was dismantled and it was cancelled on 21/4/83. 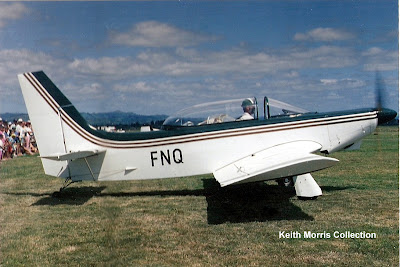 Our fourth Sirocco ZK-FNQ came along quite a bit later.  ZK-FNQ (c/n AACA/601) was built by Wylie Evans of Harwarden over a 10 year period, and was first registrered on13/3/87.  It first flew on 5/7/91 when it was the 71st Sirocco to fly worldwide.  It had a retractable undercarriage and the tall tail.  It is photo'd above at the 1992 AACA flyin at Tauranga.  Wylie Evans flew ZK-FNQ extensively and then sold it to PH Meredith of Christchurch on 1/8/07. 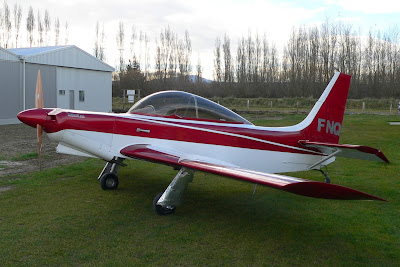 Philip Meredith completed extensive refurbishmen the of the aircraft including a new sideways opening (RV) canopy and re-profiling the tailplane leading edge.  he also repainted it in this attarctive red and silver colour scheme as photo'd by Blue Bus at Rangioa on 13/6/09.  It was test flow in its new configuration by Evan belworthy on 25/7/09.  It is still current. 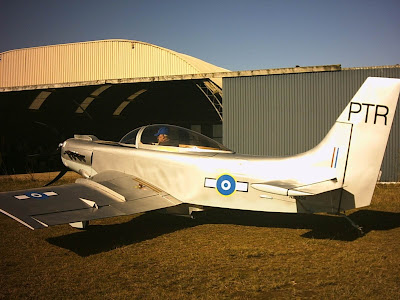 And our last Sirocco was ZK-PTR (c/n AACA/148/1), which was started by Steve Rankin of Whangarei ( and for which he had the registration ZK-DJT reserved).  However, he never got to complete the aircraft and it was finished by Lindsay Wheeler of Kerikeri who first registered the aqircraft on 20/12/99.  Apparently the PTR stands for 3 Peters who helped finish the aircraft.  It is painted in a pseudo-RNZAF colour scheme as NZ 5404. 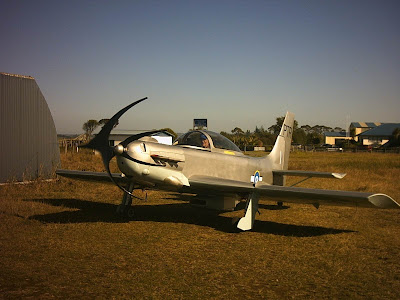 The above 2 photos show Lindsay Wheeler running ZK-PTR up at Kerikeri on 10/6/07.  The photos were supplied by Bruce Clarke, and it can be seen the ZK-PTR has a retractable undercarriage.  ZK-PTR has not flown much.  It was sold to MG Farrand of Warkworth on 19/8/09, but it was still stored in a hangar at Kerikeri when I last saw it in November 2012.