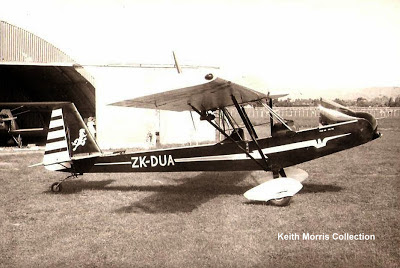 Our only Woody Pusher is Alan Belworthy's ZK-DUA (c/n AACA/172/1), which he built at Masterton in the early 1970's.  I remember seeing it being built, and it was very different from the Jodels and Minicabs which were being built at the time. It featured a Continental A 75 engine which Alan imported from the US.   The above photo was taken at Masterton following its first flight on 5 February 1974. 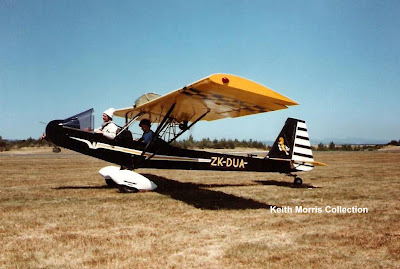 Alan had a lot of fun in the Woody Pusher and flew it to most of the AACA flyins around New Zealand.  The above photo was taken at the 1982 AACA flyin at Taupo with Alan as pilot in command. 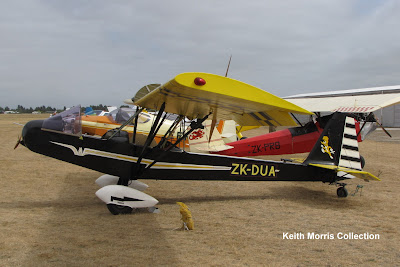 ZK-DUA has not changed at all over the years and is still current, having flown over 800 hours to date.  The above photo was taken at the 2009 SAANZ flyin at Ashburton.  It is based at Evan Belworthy's Cust airstrip along with the rest of the Belworthy's remarkable homebuilt aircraft stable.