I have received some interesting photographs from Des Smith taken in the early 1960's. I will drip feed them as time permits.

The history of Druine D.31 Turbulent was pretty well covered by Sir Minty in an earlier posting at :-
http://nzcivair.blogspot.co.nz/2010/04/druine-turbulents-of-new-zealand-1.html 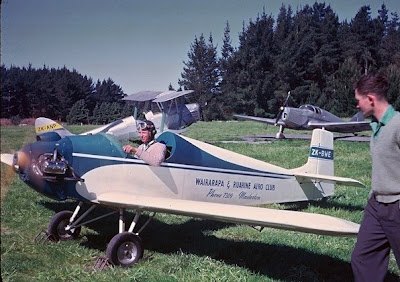 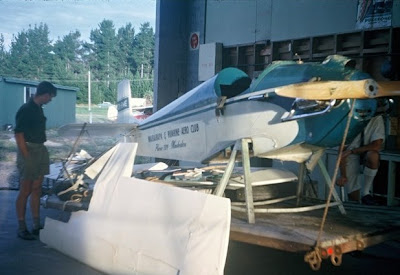 The aircraft was repaired and is still current today with Bruce Shepherd of Whangarei, having been in his care since mid 1971.
Posted by Dave Paull at 22:29