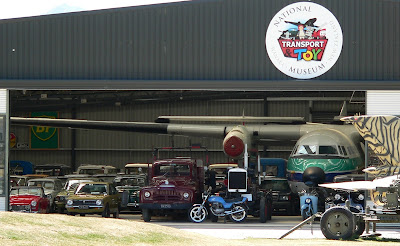 The ex Air New Zealand Fokker F27 Friendship ZK-BXH (c/n 10190) is under cover at the Wanaka Transport and Toy Museum. It seem to have taken the place of the Lodestar.  An earlier post on BXH is at  http://nzcivair.blogspot.co.nz/2012/08/last-ride-for-zk-bxh.html
The Mig 21's tail is visible, so it has been moved forward from out of the back paddock and the Jet Provost T.5 XW357 is now in a fenced enclosure alongside the highway to/from Wanaka.

There is always something interesting happening in Timaru - you just have to find it. 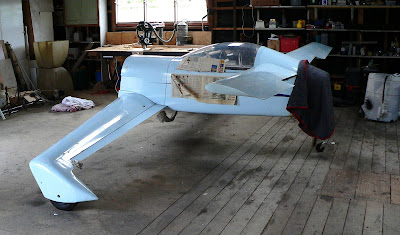 Above is the Quickie ZK-JGZ (c/n AACA/706) well on the way to recovery. It was damaged some years ago and cancelled from the register on 31-07-1998. The broken rear fuselage has been repaired by Kerry Jackson of Methven and the rebuild is in the hands of Mark Fitzgerald of Timaru.  He intends to install a 36hp Rotax 377 (twice the grunt of the original Onam engine) with a 2.58 reduction box. This engine along with the instrument panel and associated systems are currently mounted on a modified hospital bed for engine and system checks before being installed.
Interestingly the damaged aircraft had originally been sold to a person in Australia but transportation difficulties resulted in a re-sale to the current owner.
JGZ gets an earlier mention here :- http://nzcivair.blogspot.co.nz/search?q=jgz 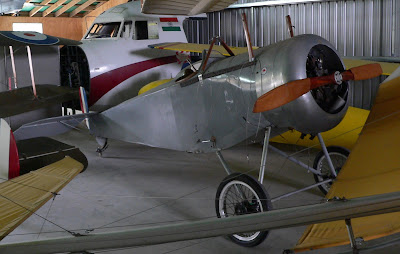 Above is the Circa Reproductions Nieuport 11 ZK-NIE1 (c/n  MAANZ/471) which is now back in Timaru with a "Private owner" and currently stored in the Aviation Museum at the Timaru Airport.
This airframe has also been covered in an earlier posting at :-
http://nzcivair.blogspot.co.nz/2010/03/nieuport-resurfaces.html
When this relica returns to the air it will be using different registration marks.
Posted by Dave Paull at 08:46