1981 Cessna 180K N6TK touched down at Auckland just on 2109 30Nov from Pago Pago following a 12hr+ flight.  It had first been noted just over a week ago flying from Lompoc, California to Hilo and then onto Pago Pago.  Thanks to QW for pointing out www.earthrounders.com where the pilot is featured prior to departing Florida on an around the world trip. 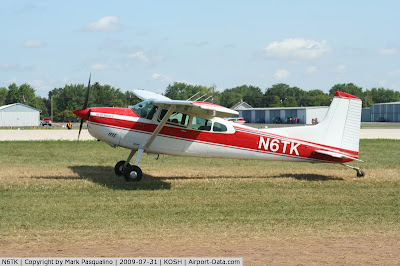