The Jodel D 9 Bebe (Baby) was one of the first post-WW2 homebuilts and was designed by Edouard Joly and Jean Delemontez (taking the JO and DEL of their names to form the name Jodel). They formed Societie des Avions Jodel to sell plans, kits and materials for the D 9 in March 1946, and the prototype first flew 22/1/48. That's pretty old now!

The D 9 started off with a Poinsard motor of 25HP but most subsequent aircraft have flown with converted VW engines. The length is 5.45 metres (17 feet 10 1/2 inches) the wingspan is 7.00 metres (22 feet 11 inches) and the wing area is 97 square feet. The empty weight was 463 lbs and the all-up weight was 650 lbs which was later increased to 705 lbs. The key to the success of the D 9 and the many other subsequent Jodel designs is the cranked wing which gives delightful flying characteristics.

There have been 12 Jodel D9's completed and flown in New Zealand, and 7 are still registered. 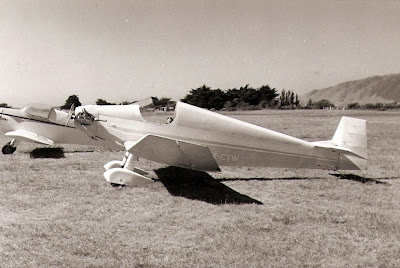 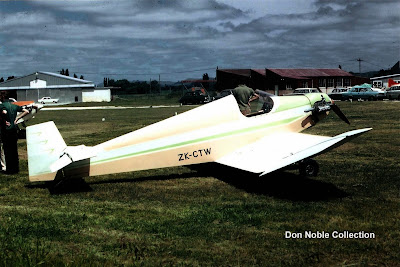 Our first Jodel D 9 was ZK-CTW (c/n AACA 48), which was built by Max Murray of Geraldine and was first registered on 23/3/67. It first flew at Timaru on 2/12/69 which made it the third type of post WW2 single seater homebuilt aircraft in New Zealand after the Turbulent and Taylor Monoplane. I do not have a record of when the top photo was taken but it appears to be at Paraparaumu, and the second photo was taken by Don Noble at Hastings. 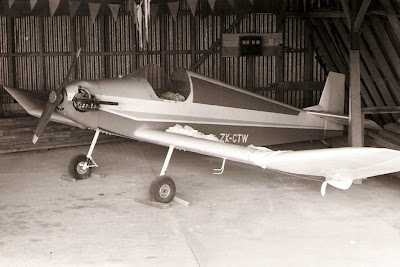 This photo was taken at Whangarei in the early 1970's when it had been repainted in a orange and cream colour scheme, and it had also acquired a taller rudder. It was sold to T W Bartleet of Thames in 8/73 and then to W E Lawrence and P R Lloyd of Turua in 1/74. 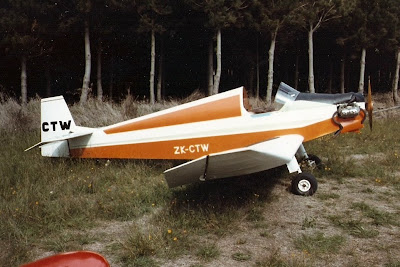 The next photo was taken at Foxpine late in 1980 when it had just been bought by Alan Rowe of Lower Hutt (ownership changed in 10/80). 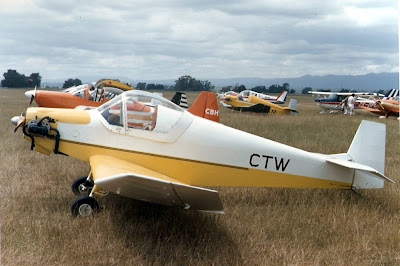 Alan moved to Masterton in 1984 and he refurbished ZK-CTW and repainted it in this yellow and white colour scheme, as seen at a Manawatu AACA Chapter fly-in at Feilding in 1985. Alan sold ZK-CTW to Peter Singleton of Wellington in 7/88, and he hangared it at Foxpine during its later life. It was redesignated as a Class 1 Microlight on 28/1/98 and it was withdrawn on 13/8/09.