The final batch of D 9's.
The photos are from the Keith Morris collection unless otherwise noted. 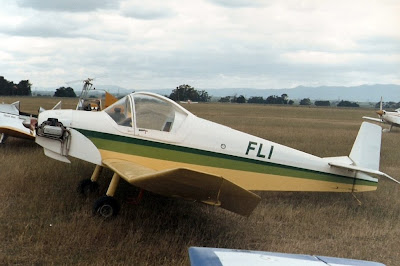 Our 9th D 9 was Robbie Gentry's ZK-FLI (c/n 10 4E), which was registered on 20/2/85. Robbie built ZK-FLI, his 5th homebuilt, at Masterton. It is photo'd here at the same Manawatu AACA Chapter fly-in at Feilding in 1985 as ZK-CTW was (see previous post). ZK-FLI migrated North to J D S Orr of Auckland in 9/87 then to B R Thow of Wellsford in 7/90. Then followed a series of syndicate owners at Blenhiem, and back to G C Southgate of Auckland in 11/98. 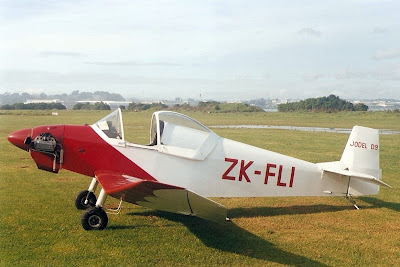 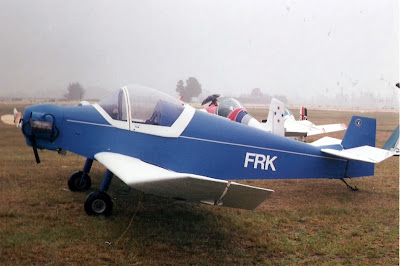 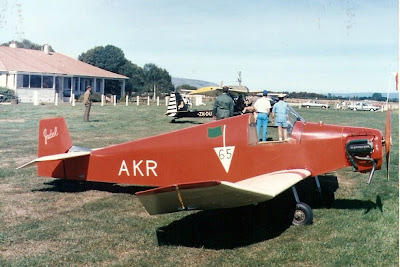 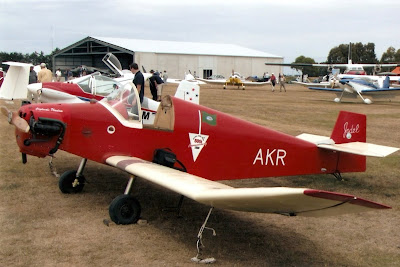 It was sold to P J Lock of Hokitika in 10/08 and he has since flown it widely around New Zealand. It is photo'd here at the 2009 SAANZ fly in at Ashburton, where it has signwriting commemorating the 50th anniversary of Jodels. 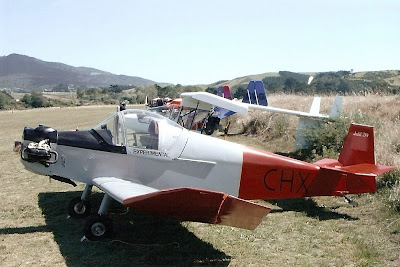 And our final D 9 to date is ZK-CHX (c/n A-11) which was completed Rex Kenny of Wellington and first flew at Masterton on 23/1/98. As you can see from the registration (which is in alphabetical order as things were done in the old days), its origins go way back to constructors in Tauranga, Dunedin, Kaikoura, and Christchurch before the project was purchased by Rex Kenny in 7/93. It was redesignated as a Class 1 microlight on 5/1/98. Rex sold ZK-CHX to C W Richmond of Stratford in 9/04, and it is photo'd here at the 2007 Black Sands fly in at Raglan. Can you see the outline of a scantily clad lady on the forward fuselage? 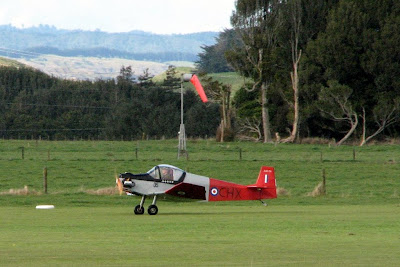 In this photo, from Nick's Aviation in Stratford, ZK-CHX is shown in its Stratford Air Force colours, as "05". You can also just make out 5 swastikas below the canopy which Nick advises is the number of German campervans that it has taken out - yeah right! I think this is where Jodel D 9's of New Zealand meets Question Time 116!

It was then sold to the Te Anau area in December 2012. 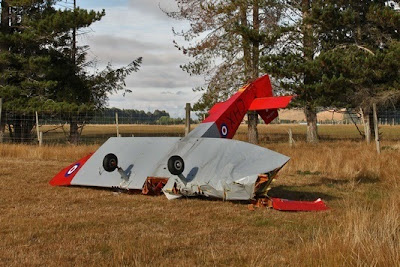 Sadly, ZK-CHX did not last long at Te Anau as it was destroyed in a crash on 12/3/13, but thankfully the pilot was not seriously injured.
Posted by Sir Minty at 21:28