Another Very Different Aircraft at Wellington 18-8-1971

Tim Gorman's photo of the Airbus A400M at Wellington recently provides a great segue into a series of old photos of another British military aircraft that I scanned recently, also taken on the Western apron of Wellington airport, only metres away from where the A400M was, but 51 years ago! 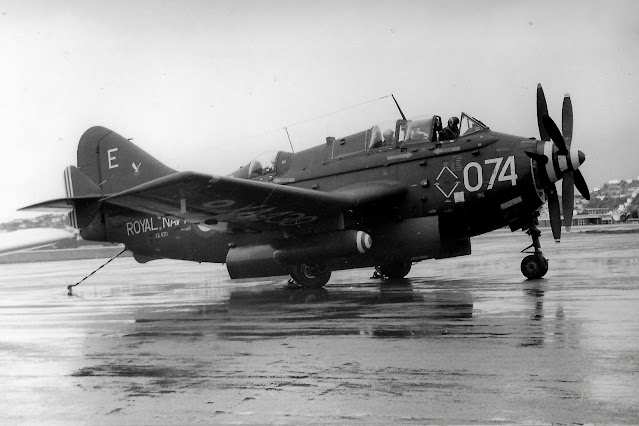 The Royal Navy Fairey Gannet COD4 model XM430 was most likely from 849 Squadron from the aircraft carrier HMS Eagle which visited Wellington around that time.  The COD model was for Carrier on Deck and was used for ferrying VIP passengers and freight to and from carriers (which seems an inefficient way of transporting what must have been a small number of VIPs).  XM430 was delivered to the Royal Navy on 22/9/56 and was broken up at Lossiemouth on 19/11/76.  It is photo'd above before start up where you can see its two contra rotating propellers.  What a spectacular aircraft! 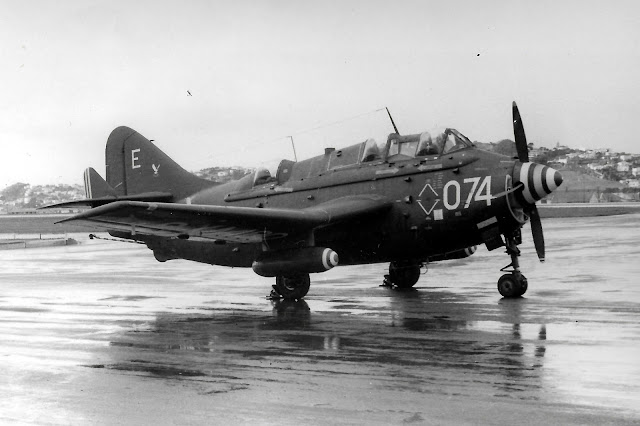 Here with the front propeller rotating. 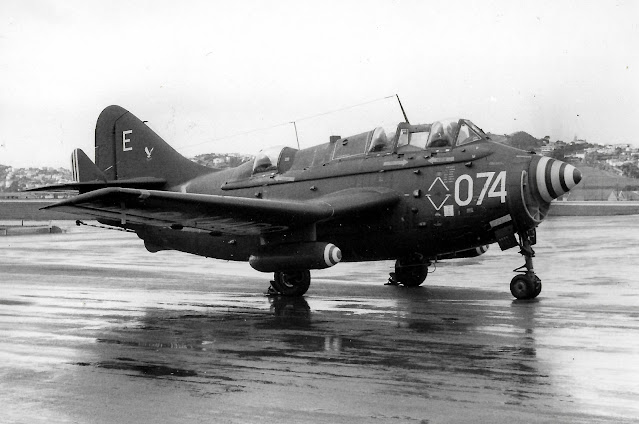 And now with both propellers rotating before taxying. 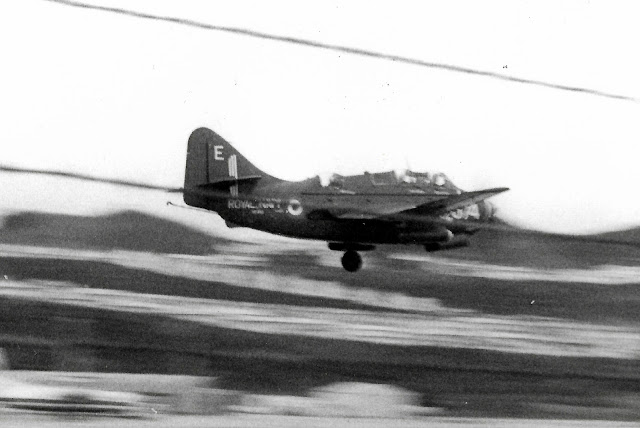 And a shot of the take off which looks pretty fast - my camera wasn't as good back then! 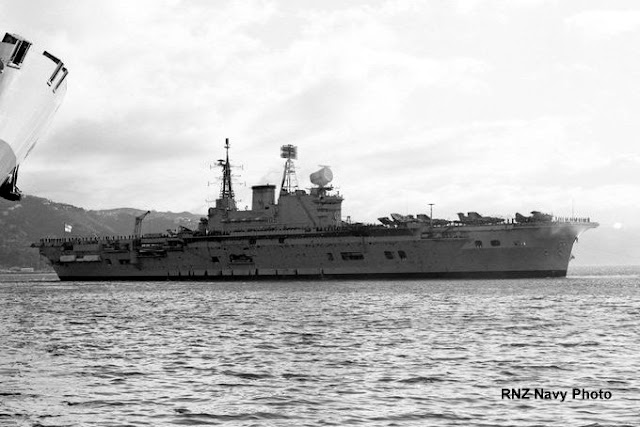 Finally a RNZ Navy photo of the HMS Eagle leaving Wellington Harbour.  You can see a Gannet. Sea Vixens and a Blackburn Buccaneer on the deck.