As I have previously posted, The Vintage Aviator had a lot of their WW 1 aircraft on display at Masterton for Wings Over Wairarapa, and they also performed several flying displays.

TVAL has had a bit of a tough time since the previous Wings Over Wairarapa airshow in 2019 and they have only registered one new WW 1 aircraft since then, being the Fokker D VII replica ZK-TBI: 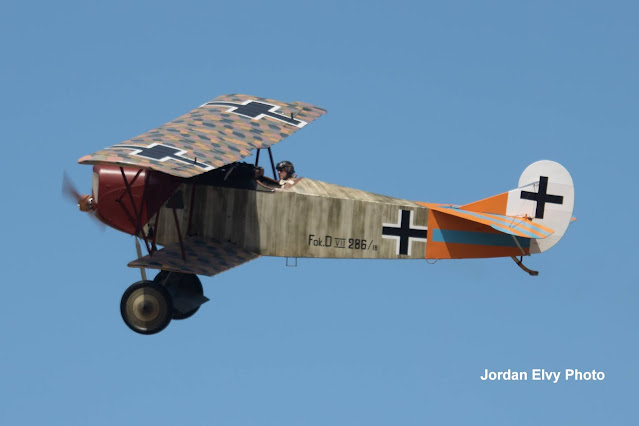 ZK-TBI (c/n 2372) has had a long gestation having been started by Achim Engels in Germany and then being completed by Fred Murrin in the USA before being shipped to New Zealand some years ago and undergoing a lot of final finishing by TVAL here, including the installation of a new build 180 HP Mercedes D IIIa engine.  It is painted in the colours of Vzfw Willi Gabriel's aircraft 268/18 from Jasta 11.
Thanks for the photo Jordan Elvy.