Not far down the road from Cromwell through spectacular Central Otago scenery we came to Alexandra, where there were also some interesting sport aircraft: 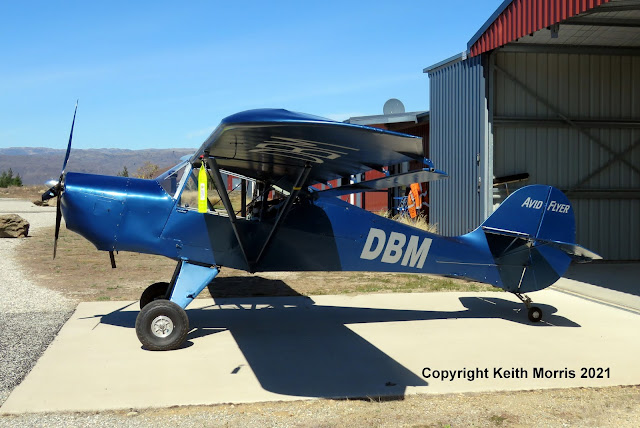 I had never seen the Avid Flyer Mk IV ZK-DBM2 before, and it was briefly out of its hangar in the sunlight.  It was first registered to Don Mahon of Arrowtown on 13/11/96 and I believe it has never been far way from Central Otago since. 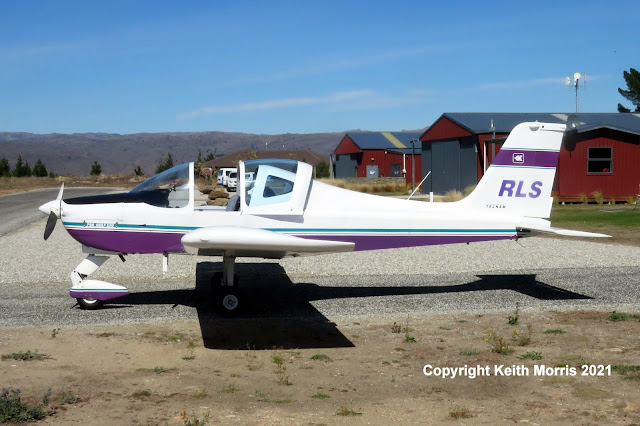 Tecnam P 96 Golf ZK-RLS of the Sparks Family Trust was prepared for a flight up to Omarama. 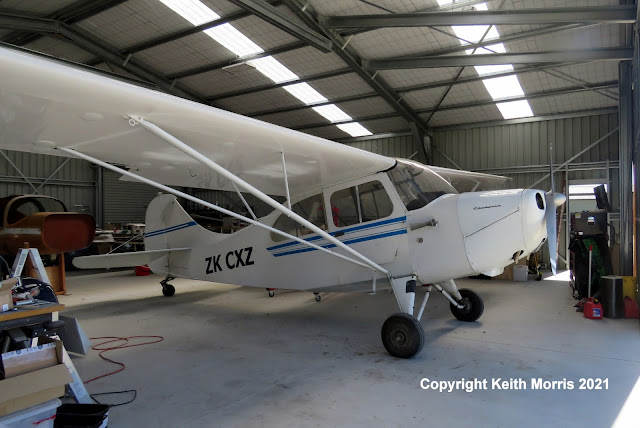 And in another hangar was Craig Reynold's recently New Zealand registered 1958 model Champion 7EC ZK-CXZ2 (c/n 7EC-682) which was imported by Craig as N7597E.  Craig told me that he has taxied it but it has not yet flown in New Zealand.