I came across a video recently about African Aviation Fails, but it starts out with this small helicopter which came to grief in a roll over seconds after this image, and someone commented that it was in Canterbury.  So I took a photo of the screen, (apologies for the quality, a screen shot is no better): 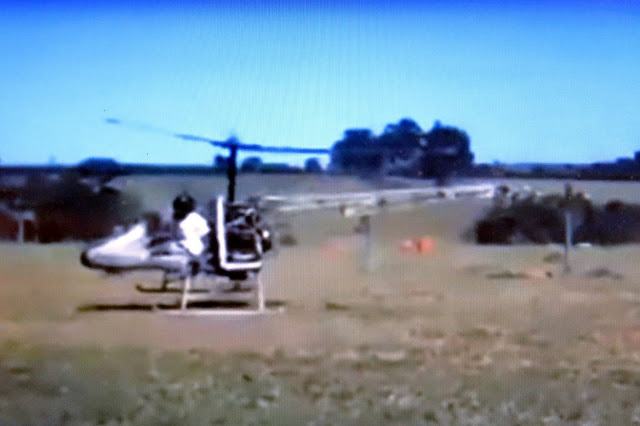 Does anyone know what this helicopter is? and is it in Canterbury?  The farmland could be in New Zealand.  From front on it seems to be a single seat helicopter.
I originally thought it could be an early homebuilt helicopter which was the Rotorway Scorpion Too ZK-HSM but it does not look like a Scorpion Too.  ZK-HSM was registered to Daryl Travis and Grant Jeffreys of Kaiapoi on 22/6/83 - can anyone supply a photo of ZK-HSM or point me in the direction of where I might find a photo?
I will eventually get around to posting a series on Homebuilt (and Sport) Helicopters of New Zealand, of which I reckon we have had 61 to date.
Posted by Sir Minty at 16:58