More settled weather over the Coromandel peninsula in the last few days has seen an increase in aviation activity and amongst those that landed at Pauanui was the Cessna 172M ZK-DNU.  Despite being imported in 1976 it hasnt been blogged before and has been with its current Waihi owner since 1984. 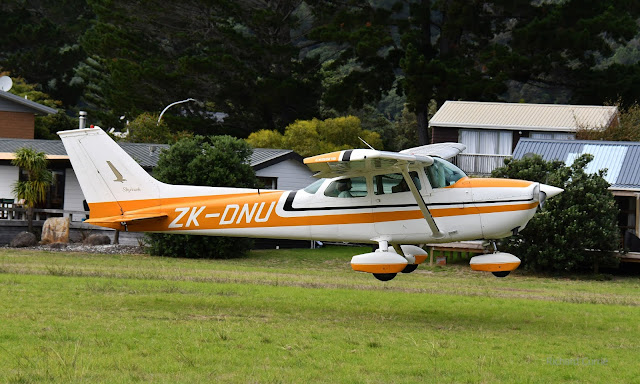 Up from Tauranga was the former RNZAF CT4B Airtrainer ZK-JMV, which was first registered back in 2001. 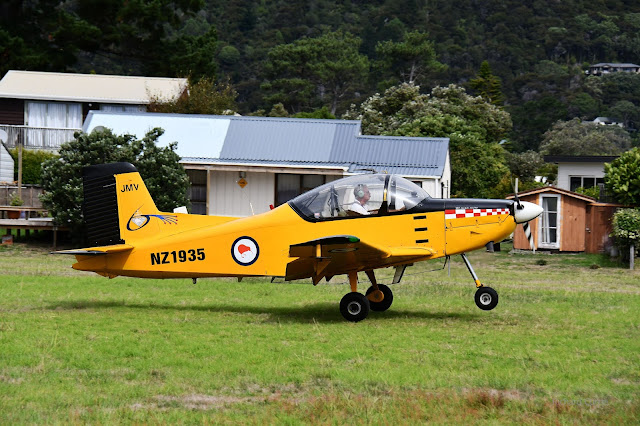 And one of only two Sonex Waiex registered in NZ so far is ZK-WYX from Whitianga.  This was registered back in 2013. 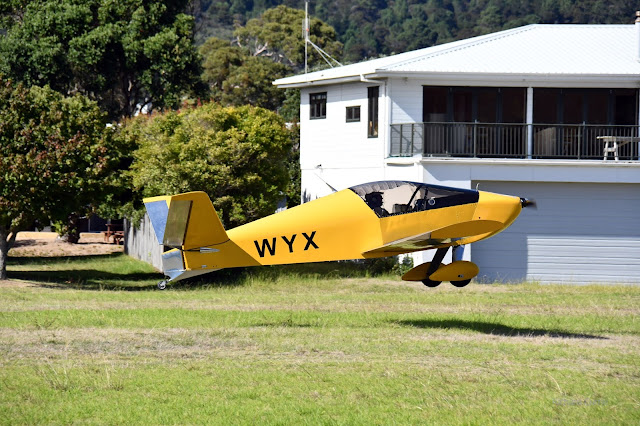