Just a bit further on down the road from Te Kowhai, I had arranged with Basil McGahan to meet up and see progress on his Jodel D9 ZK-AKR.  This is based in John Hansen's hangar on his lovely strip in the heart of the lush Waikato greenery.  John was very welcoming and showed me around not only his aircraft but also his collection of sport aircraft history: 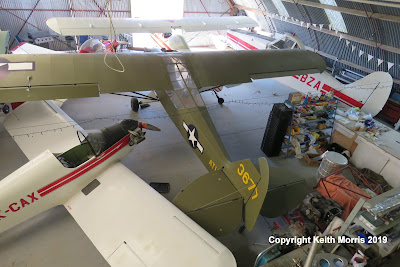 The view from the balcony of John's office at the rear of his hangar.  You can see John's original Turbulent ZK-CAX, the Piper L4 Grasshopper ZK-ATU, John's Hansen Deuce ZK-JFH to which he is fitting a canopy for the rear cockpit, the fuselage of Piper Pawnee ZK-BZA which John rescued and which will be refurbished for static display, and just visible at the front of the hangar is Jodel D9 ZK-AKR. 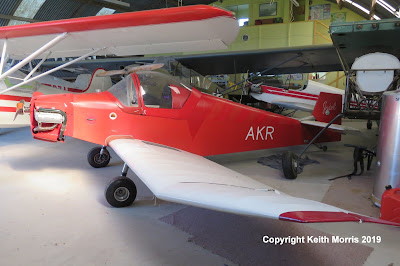 Basil McGahan's Jodel D9 ZK-AKR is now fitted with a Corby Starlet type canopy.  I never realised before but this aircraft is fitted with a 1800 cc Porsche engine and you can see the external details of it if you enlarge the photo. 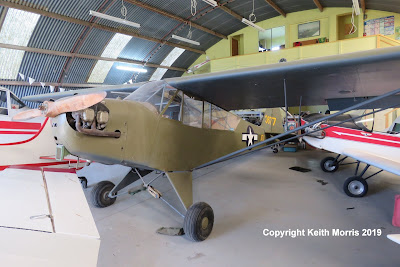 The historic Piper L4-65 Grasshopper ZK-ATU has been registered in New Zealand since 1949! (and has not appeared on this blog previously).  You can see the extra glazing of the L4 in the hangar shot above.  It is a genuine warbird as it saw service in WW 2 as a liaison/observation aircraft in Europe before being withdrawn in 1944.  It is now owned by the L4 Cub Syndicate of Te Awamutu. 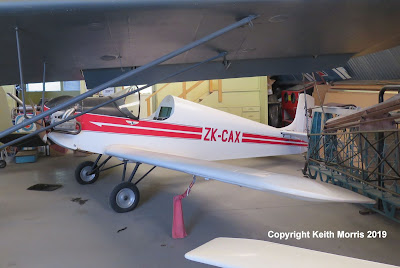 And tucked in the back of the hangar was John's Turbulent ZK-CAX, that he plans to retire as it is nearly 60 years old!