I was sad to see that Glynn Powell passed away on 26 November 2019.

Glynn was the central figure in the modern renaissance of the de Havilland Mosquito in New Zealand.  He was part of a syndicate of would-be Mosquito restorers who purchased the remains of the T43 Mosquito NZ2308 from a farmer at Riwaka and planned to rebuild the Mosquito to airworthy condition.  But as the enormity of the task became apparent their numbers fell away until only Glynn remained.  However, to his immense credit he did not give up and he persisted with his Mosquito rebuild for the next 20 plus years.

The remains of NZ2308's airframe were unusable and the only way to guarantee the structural integrity of the airframe was to build the entire wooden airframe from scratch, and that required moulds to manufacture the layered semi monococque wooden fuselage - and all the original moulds had been destroyed after the war.  So Glynn set about re-creating the Mosquito fuselage moulds and their successful creation, along with the tremendous work by Avspecs, is the reason we have had the privilege to see 3 magnificent de Havilland Mosquitos take flight from Ardmore since 2012, (and hopefully there could be others to come - but that is another story).  Glynn Powell was awarded the Queens Service Medal in 2014 for services to aeronautical heritage preservation. 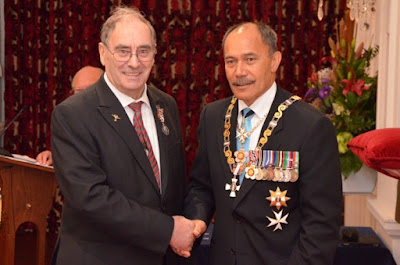 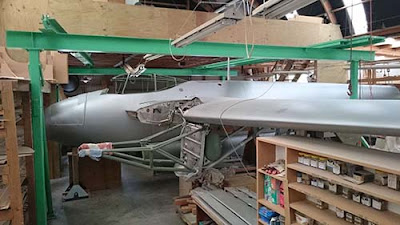 and Glynn's "own" Mosquito NZ2308 in his Drury workshop.

RIP Glynn, your legacy will endure.