Dick Van Grunsven started off by designing his single seat RV 3 in the late 1960s and it was so successful that he was begged to design a two seat version which became the RV 4.  Then as seems to happen with all things American, people wanted a bigger RV 4 which turned out to be the RV 8.  The RV 8 has many improvements over the RV 4 including a bigger cockpit, matched hole kits (and you can get a Quick Build RV 8 kit), extra baggage capacity, and larger engines can be used.  However Vans Aircraft still produces both RV 8 and the RV 4 kits.  The RV 4 is marginally faster on the same horsepower and it is claimed to have slightly sweeter handling.  You can tell and RV 8 from an RV 4 by the sliding canopy and the smoother engine cowls (the RV 4 has a flip over canopy and cowl cheeks). 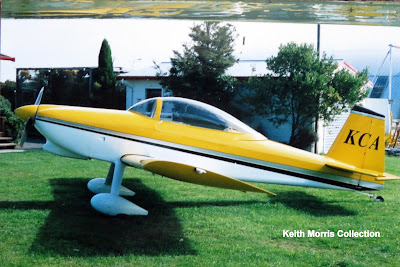 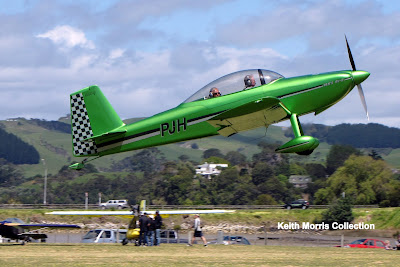 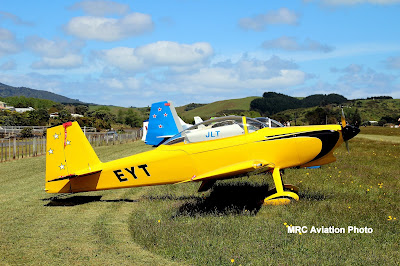 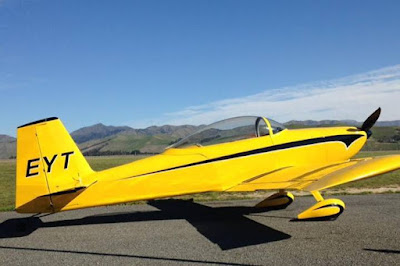 It was sold to Brian WA Beverland of Katikati on 25/1/10 and it is still owned by him.  It is photo'd above after recent work by JEM Aviation. 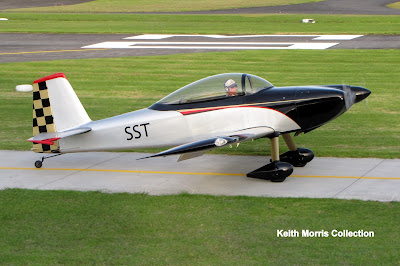 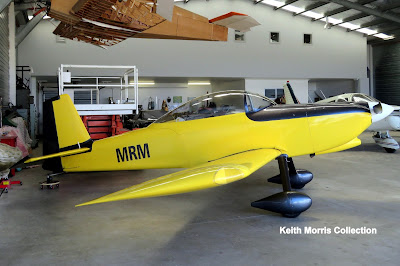 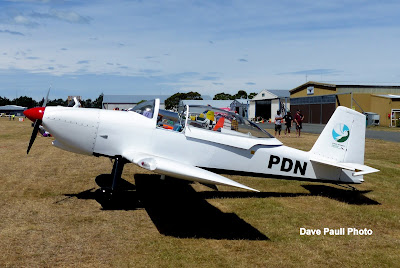 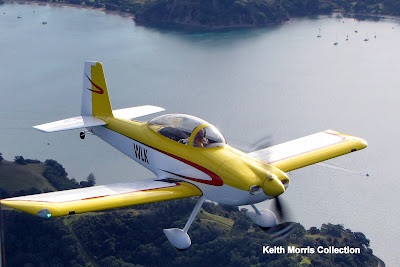 It has a Superior IO 360 engine with a longer crankshaft throw effectively making it an IO 375 and it produces well in excess of 200 HP.  David has fitted an inverted oil system and a smoke system which he uses for aerobatics and also when flying in the RV formation display team.  he also has lighter weight composite blades fitted to a Hartzell CSUwhich helps in keeping the CG forward. 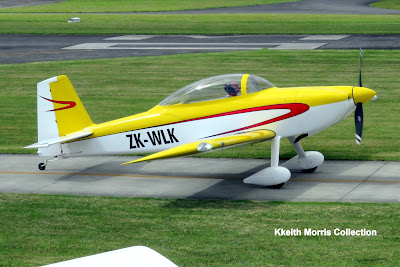 Almost exactly one year ago David and his father Don flew across the Tasman in ZK-WLK on the Great Aussie Flying Adventure (along with Bill Luther in RV 7 ZK-WLL and Peter Merton in RV 6 ZK-VRV).  The ZK marks were added to conform with international flight  rules.  The above photo was taken at North Shore airfield on 18/3/17.

We will be seeing more RV 8s on the New Zealand register with at least 2 more well advanced in the Waikato area.  I reckon they are great looking planes.