The Spezio Tuholer was designed by Tony Spezio in the US and the prototype first flew on May 2nd 1961.  It is of standard construction for its time - welded steel tube fuselage, with wooden wings spars and ribs, all fabric covered.  A folding wing can be incorporated for towing.  Apparently the prototype was constructed for US$287 which gives a glimpse of what homebuilding was like back then - built at home from what could be sourced as cheaply as possible.  Another era!

We have had one Spezio Tuholer in New Zealand and there are reports of another dismantled at Omaka. 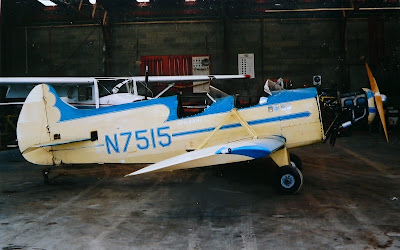 The aircraft was constructed by Plez T Nall of Ardmore, Oklahoma and was first registered as N7515 in 1967.  After 4 subsequent owners in Texas and California, its US registration was cancelled on 3/4/02. 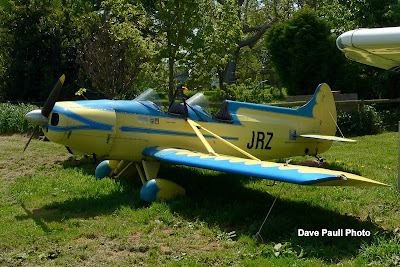 Andrew Fairfax of Queenstown imported the aircraft into New Zealand and it was assembled at Taieri in October 2002.  It was registered to him as ZK-JRZ (c/n 227) on 15/9/03.  It has flown in New Zealand.  It is photo'd above at Rangitata Island on 11/1/12 while it was there for maintenance.  Russell Brodie told me that ZK-JRZ was flown in and out of Rangitata Island.  I am not sure where the aircraft is currently based but it could be at Otaki, as it is currently registered to Andrew Fairfax at Plimmerton, near Wellington.