ZK-CIA2 was a Beechcraft 65-B80 Queen Air with the manufacturers construction identity of LD-430.
I am sure you all know that the Queen Air was based on the Twin  Bonanza but had a different fuselage, and that it later went on to be the basis of the King Air.
LD-430 was initially listed as N640K in 1970 to 'Military Department' at Nashville Tennessee and went on line with the State of Tennessee.
Then from 1978 it was with Spanair Inc out of Forest Hill Maryland with a move to Brandon Ladd Corporation of Waynesboro Virginia from 14-03-1979.
By August 1981 Commercial Credit Equipment of Chamlee Georgia were the listed owners.
In March 1982 R H Sharpe of Oklahoma City Oklahoma took it on before moving it to Aeronautical Aviation and Sales Recovery Inc at Douglasville Georgia in December of 1983.
Final listed US owners were Piedmont Beach Flyers Inc of Winston-Salem North Carolina from December of 1984.
It was ferried into Auckland from Pago Pago on 27-12-1987 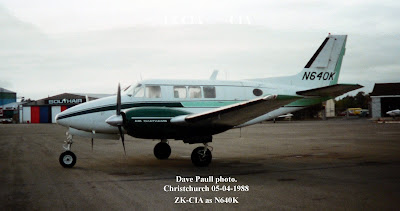 Two views of N640K at Christchurch. 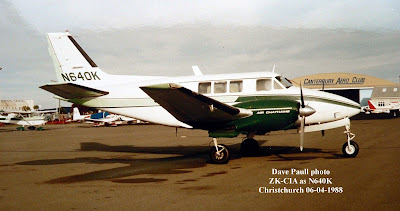 Its US registration was cancelled on 06-04-1988 - the date of the above photograph - and it became ZK-CIA2 the following day listed to Motor Holdings (Aviation) Ltd at Ardmore.
Below we see it as 'CIA' and still wearing part of its US registration. 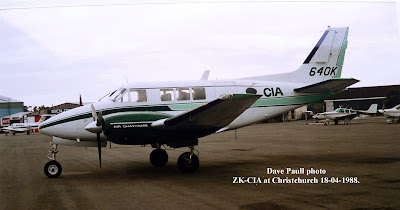 Ownership changed to Air Transport (Chatham Islands) Ltd on 12-05-1988.
About a year later (below) it still wears its partial US markings.
As is often the case - there are some very interesting aircraft in the background of these older photographs. 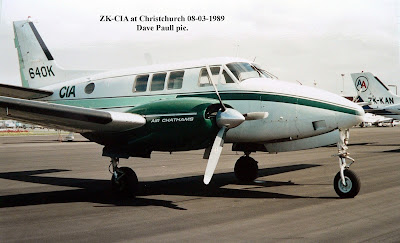 Below. In this shot taken on the Chatham Islands on 17-10-1992 it now wearing its full ZK-CIA registration on its tail. 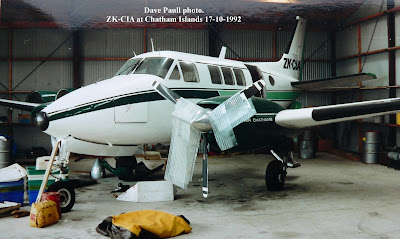 In August 1996 it was relisted to Air Chathams Ltd.
Not long after this is was parked up at Hastings and slowly it was infested with lichen. 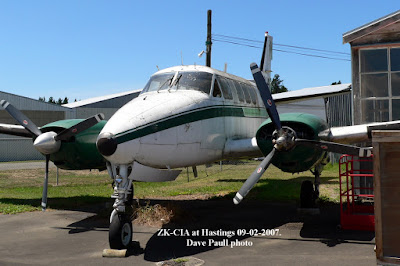 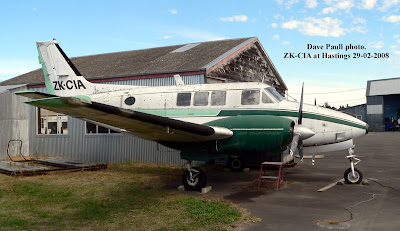 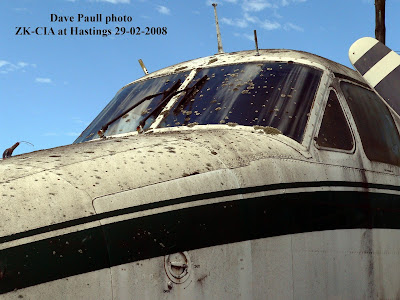 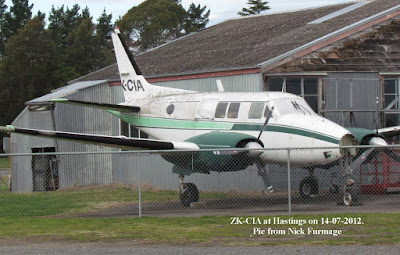 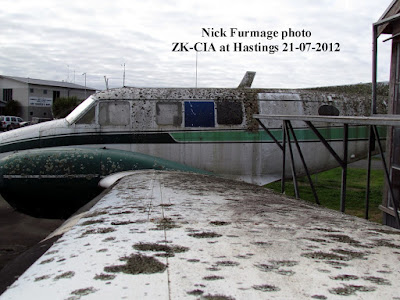 By November 2012 (below) it had been re-positioned on the field. 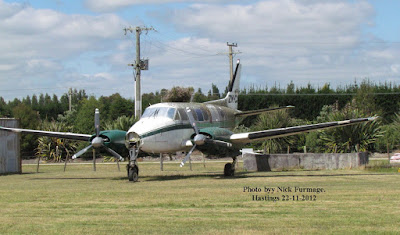 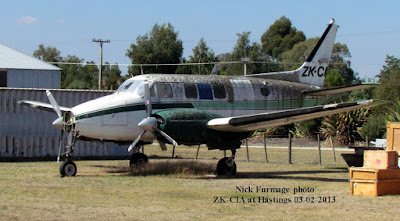 Then its Lycoming IGSO-540 engines were removed (below) and it was eventually taken away - I believe to become a garden ornament. [Nice].