Caribou has migrated back up North and captured this unexpected visitor at Dannevirke yesterday afternoon. 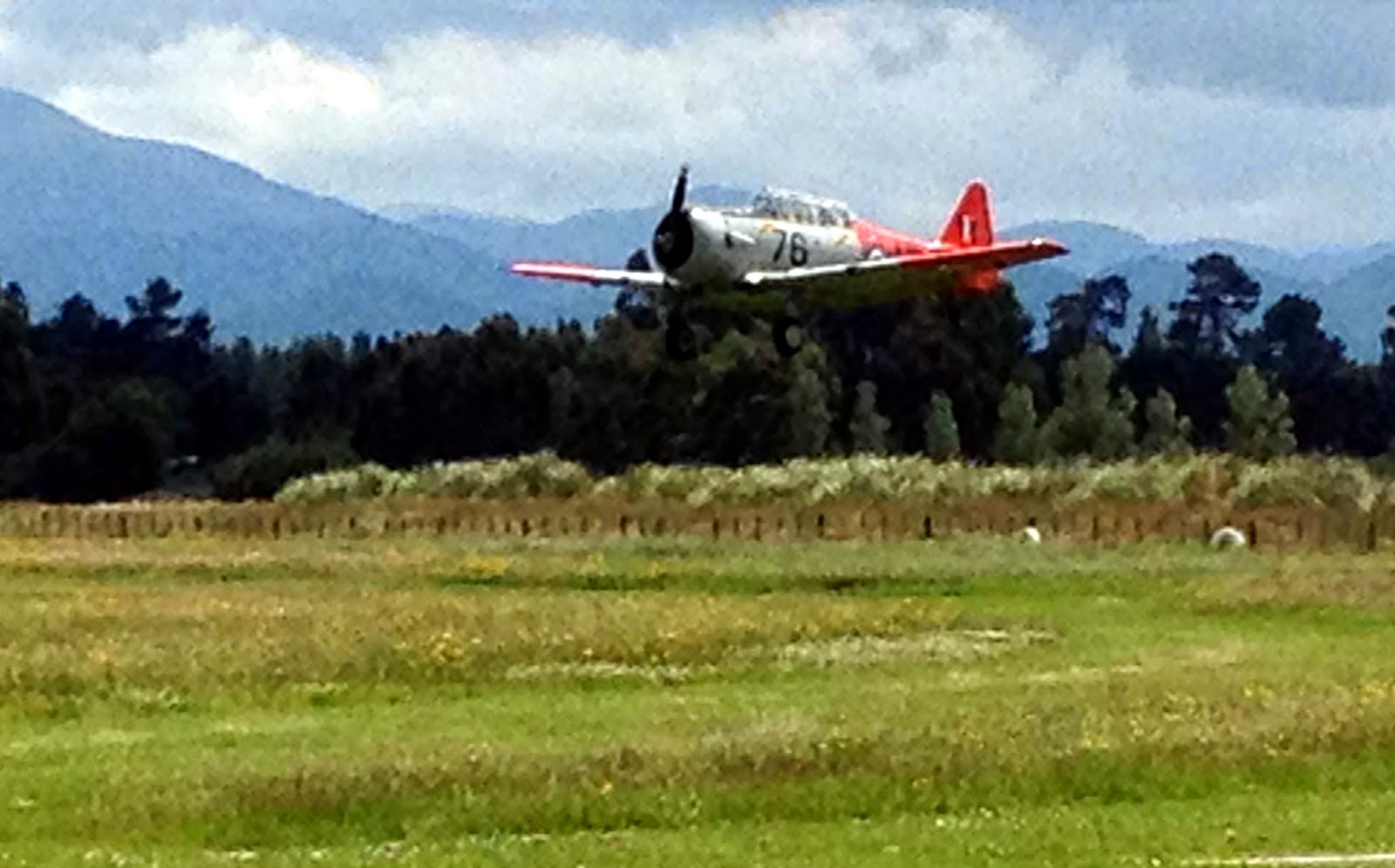 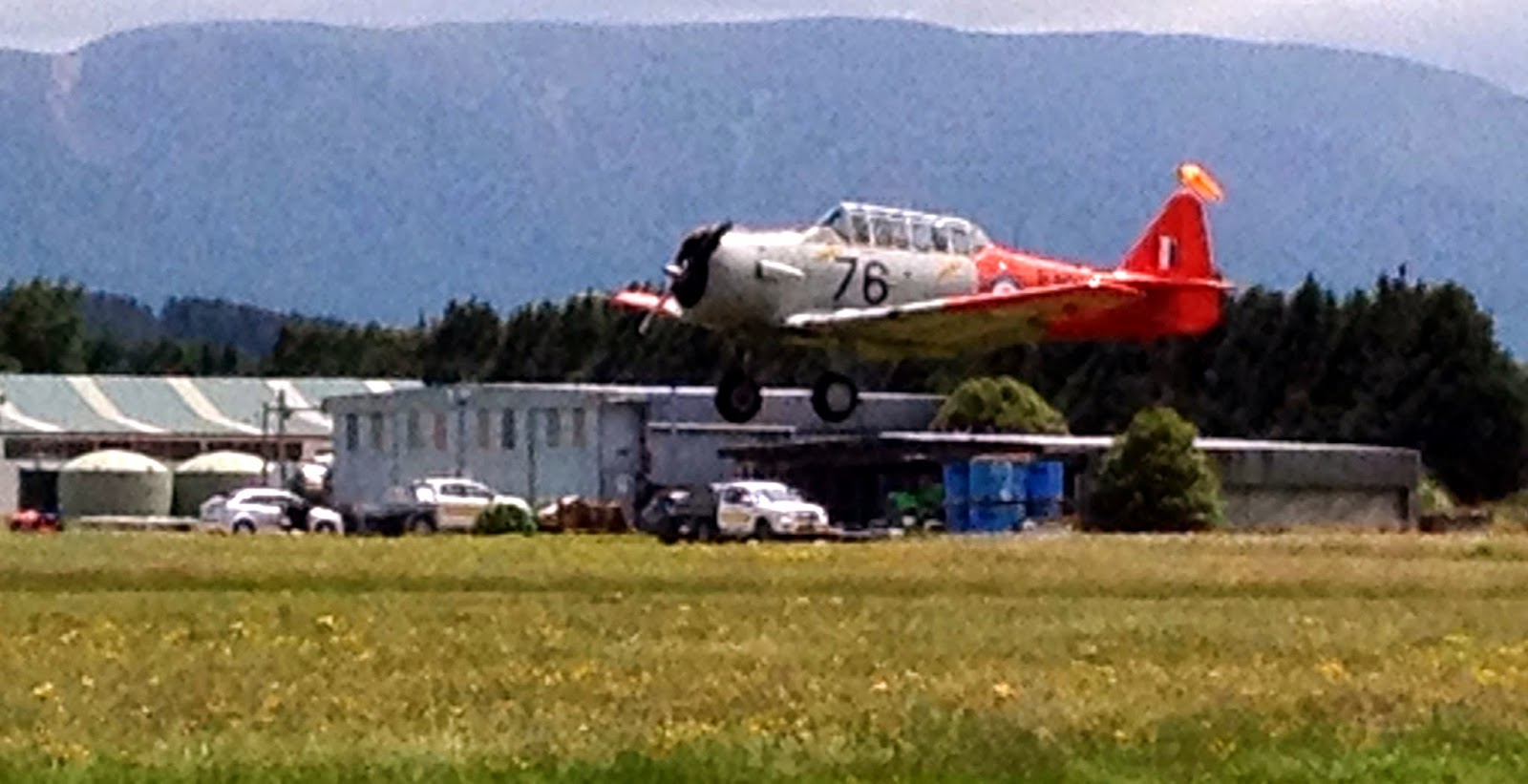 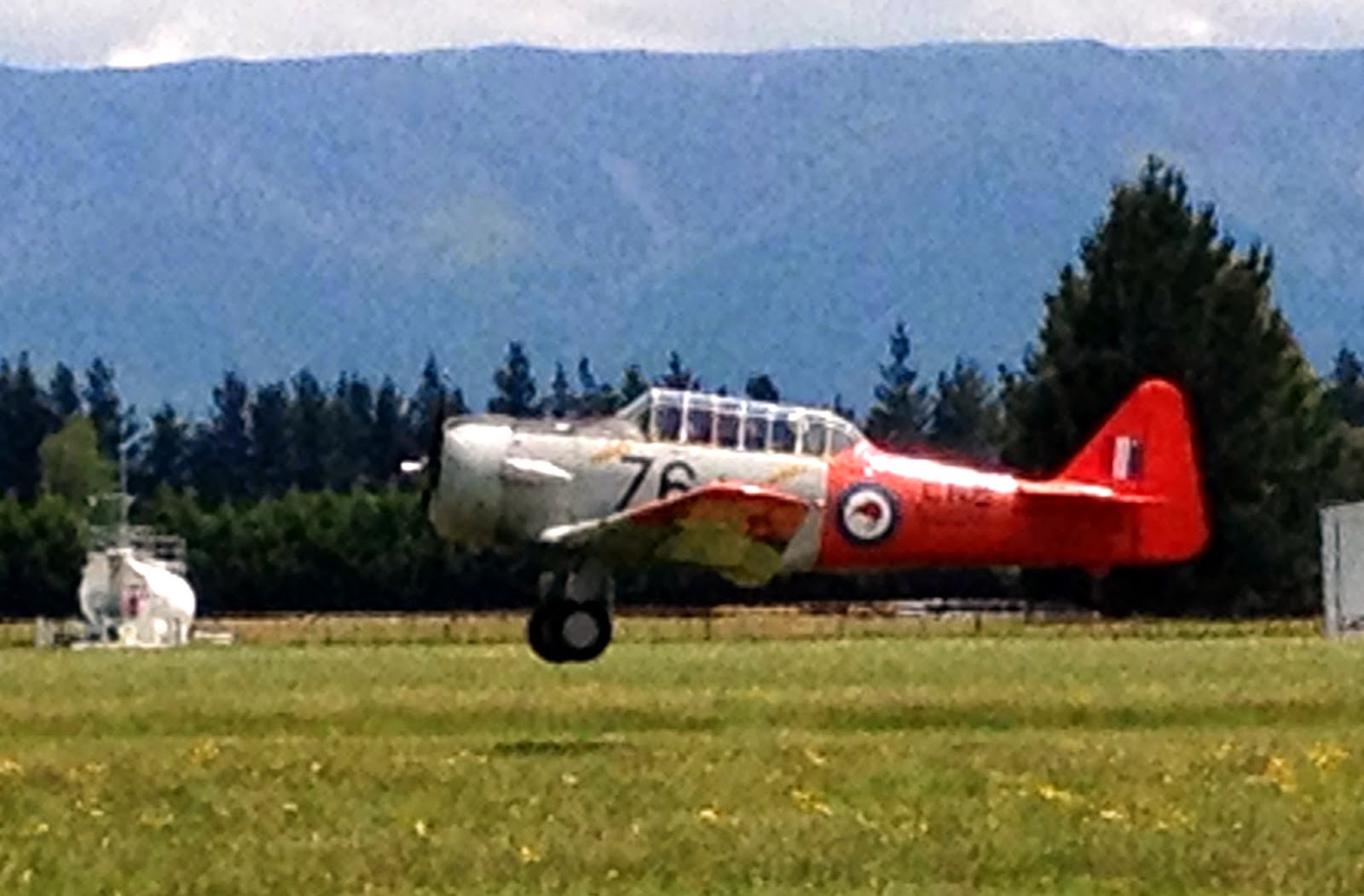 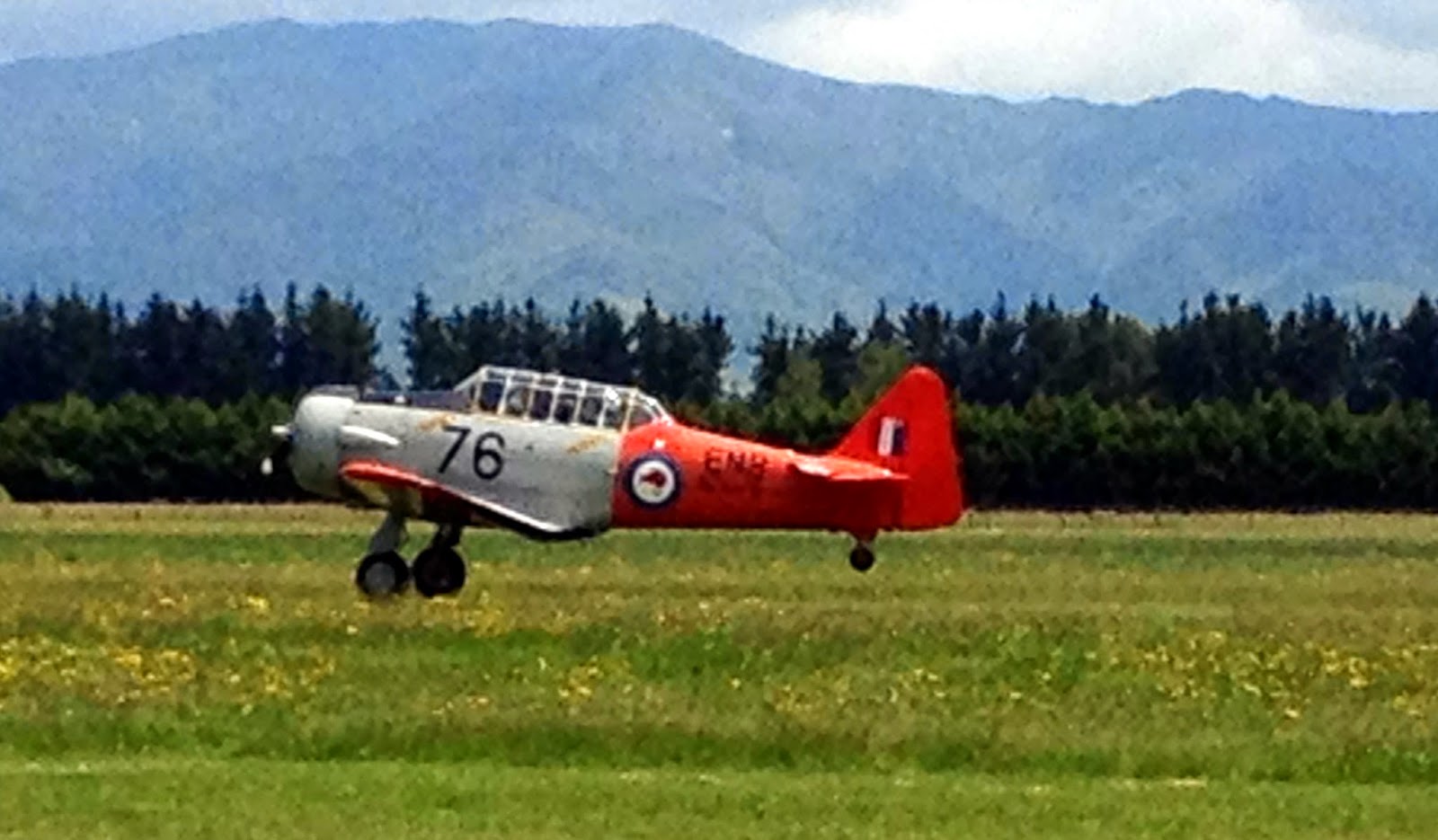 This Harvard had been allocated the US military serial of 41-34117 but was diverted as a Lend Lease aircraft to the RAF/FAA. This serial was also not taken up as it was re-diverted to the RNZAF and arrived in NZ in April of 1944 and taken on charge as NZ1076 on 03-05-1944.
It was sold through the Government Stores Board to Rex Brereton of Dunedin and its civil conversion was taken care of by Airwork at Christchurch. Its civil registration taking effect from 20-06-1978.
It is still listed with the same owner but now Feilding based.
As can be seen - it still wears its RNZAF marking of the mid 1970's - apart from the large ENB fuselage letters.
Posted by Dave Paull at 13:44