An international flotilla of tall ships arrived in Auckland today and I was fortunate to be able to be at Mechanics Bay to shoot some photos of the locally based helicopters and the ships. 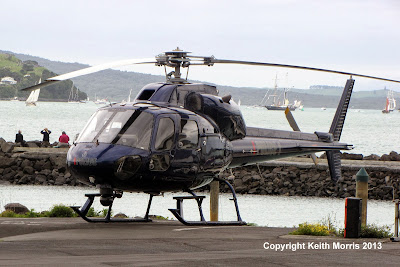 Police Twin Squirrel helicopter "Police 1" was parked in a nice position to catch some of the tall ships in the background. 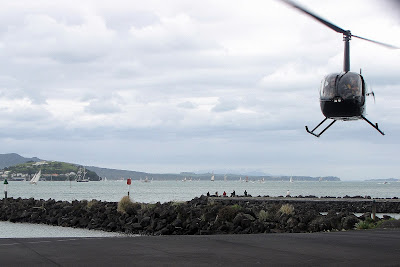 While Robinson R 44 ZK-HEI of Helilink returned from a photographic sortie with the scene on the Waitemata behind.  It would have been great if it had been a bit brighter. 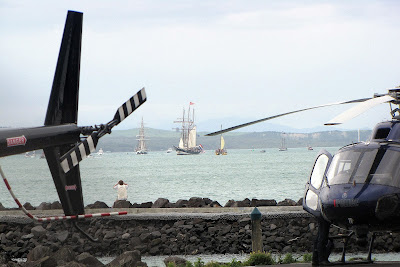 A long shot of some of the ships seen between the helicopters. 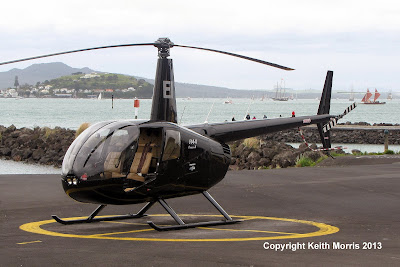 Here is ZK-HEI with some tall ships and Pacifica craft on the harbour in the background. 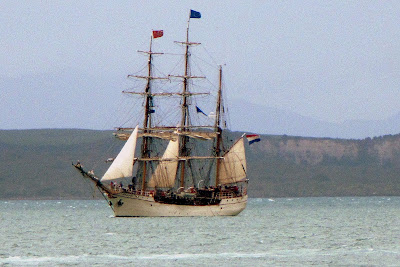 And finally if anyone is interested, a long shot of one of the tall ships.  All in all quite a spectacular sight.