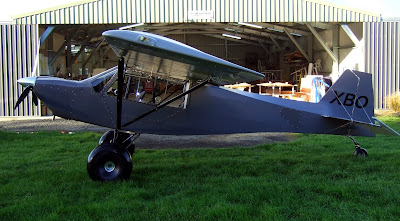 Thanks to Craig Miller and Vince Gardner of Custom Aviation at Taieri we can show you some pics of the new Rans S-7S Courier ZK-XBO (c/n 0113487) which they built for Bo Nilsson. 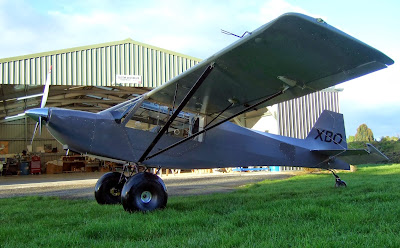 This is the latest model S7 with the larger fuel tanks, new style ailerons (without the aerodynamic spades), it now has the hinge point behind the aileron leading edge (see pics below).
This new model S7 also now comes with a vertical instrument panel, instead of the reclined one, and  also has a formed perspex windscreen which is better scratch and fuel damage resistant than the old lexan ones. An inertia reel Retracta seat belt is fitted for the front seat.
It also has light weight carbon fibre cowls and wing tips. The Airmaster prop fitted with Sensenich blades, is coupled to a Rotax 912 100hp motor, and weighs in at around 700lb empty. 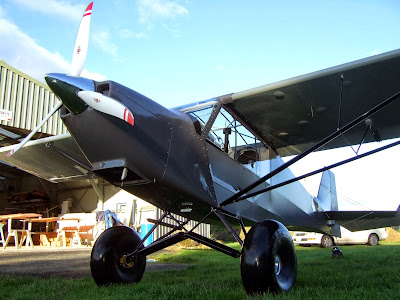 It carried out it's maiden flight on 15-10-2013 and is expected to get through it's flight testing no worries, as expected with all of Craig Miller's exceptionally crafted machines.
ZK-XBO has had the John Roberts bush gear installed, with the "Rage" system- incorporating Fox racing shocks with the bungees. Double Matco caliper brakes are fitted each side to overcome the greater turning force from the big 29" Airstreak tyres. 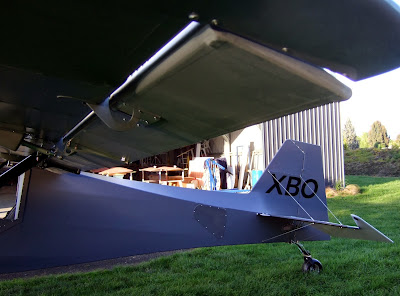 Comparing the two aileron hinge arrangements. With ZK-XBO above and ZK-TKB below with its spade and note the silver-ish aileron gap seal. 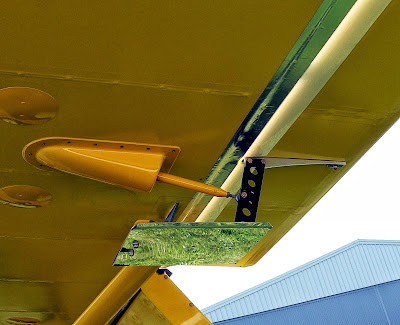