A Cherokee of Many Colours

Cherokee Warrior 151 c/n 28-7715223 was allotted the US registration of N9546N at the factory but was exported directly to New Zealand where it became ZK-EBW with Piper agents Airwork (NZ) Ltd. of Auckland on 10th February 1977.
A few months later it was sold to the Bay of Islands AC based at Kerikeri and was registered to them on 15th September. 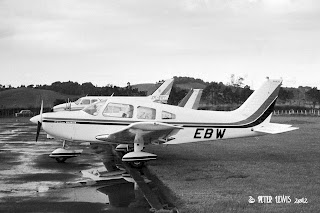 It stayed at Kerikeri for just over ten years, being sold to G M White, Auckland on the 24th November 1987 and then to M G Young, also of Auckland 20th November 1989.
Paraparaumu Flight Training Ltd. took ownership from 4th June 1991 and then the aircraft returned to Auckland when Vertical Aviation Ltd. became the owners on 14th July 1993.
On the same day, the aircraft was re-registered as ZK-MAI/2 with Vertical. This was in connection with a promotion for an ethnic radio station, and in October the same year the Ardmore Flying School became the owners, continuing with the sponsorship until November 1998. 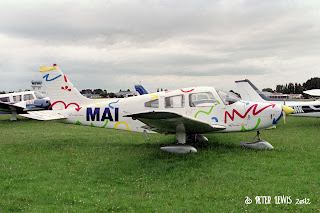 The Cherokee then became ZK-ZEE, still with Ardmore Flying School, from the 19th November 1998 until it was sold back to the Bay of Islands AC on 25th June 1996.
The Northland Coastguard Air Patrol, also Kerikeri based, took ownership from 17th January 2001 and the registration was therefore changed to ZK-CGD/3 on the 31st. The aircraft was operated by the Aero Club on behalf of the Coastguard organization. 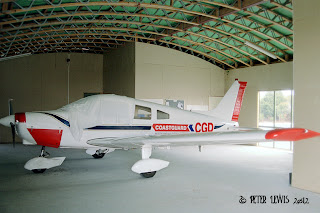 When this operation ceased in mid-2007, ZK-CGD/3 became ZK-RJM, still registered to the Coastguard Air Patrol, on 12th September 2007 in preparation for a sale and a move south to Willow Air (NZ) Ltd., Milton on 15th November 2007. 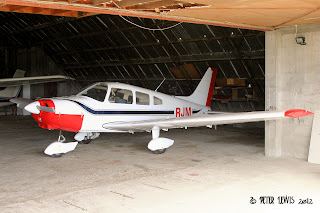 Southern Alps Air Ltd., Wanaka operated the aircraft for a few months in early 2009, and then after reverting back to Willow Air in May, the Cherokee became ZK-TGF on 23rd June 2011.
TGF Aviation Ltd. based north of Auckland became the owners on 20th July 2011.
Initially based at Parakai, the Cherokee now lives in a hangar at North Shore airfield. The registration has nothing to do with welcoming the end of the working week but relates to the owners' operation of a business called The Goat Farm. 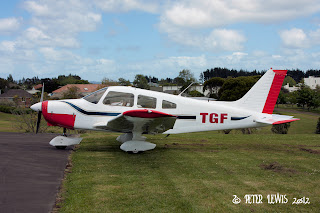