The (so far) last batch of VP 1's in New Zealand, in date order, starts with John Shakes' ZK-VPI. 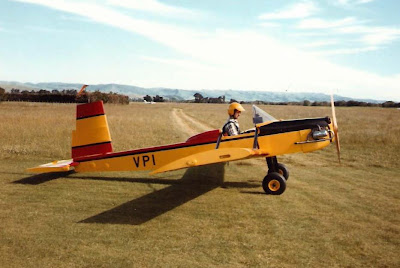 ZK-VPI (c/n AACA 277) was built by John at Carterton and was first registered on 18/8/80. It is shown early on in its life here at Hood Aerodrome being flown by John. John flew it a lot but went on to other aircraft, and it was withdrawn and cancelled on 4/11/99. 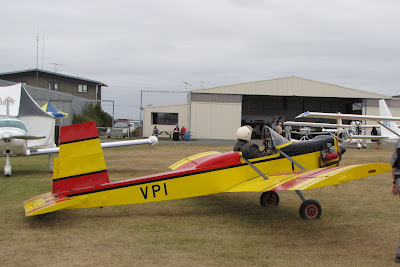 However as previously mentioned, old VP 1's have a habit of returning from cancellation and thus so did ZK-VPI when it was re-registered on 19/1/05 as a Class 1 microlight to Vernon and Ann Eade of Cheviot. It is shown here, still flying, at the 2009 Sport Aircraft Fly-In at Ashburton and it hasn't changed much apart from a bulge in the cowling. 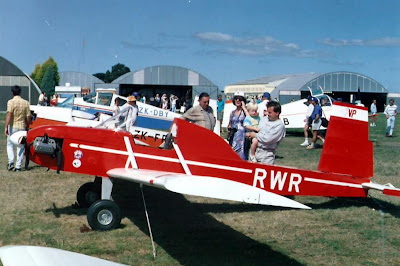 The next VP 1 to come along was ZK-RWR (c/n AACA/252) which was built by Regan Reid at Tauranga and was first registered on 15/8/91. It is shown here at the 1992 AACA fly-in at Tauranga. It was sold to G N Hughes of Tauranga on 12/2/97 and then to the Graham Gilliver,Daly syndicate on Waiheke Island on 10/11/98. They gave it a weight reduction programme and also carried out other mods but it was cancelled on 11/9/00. 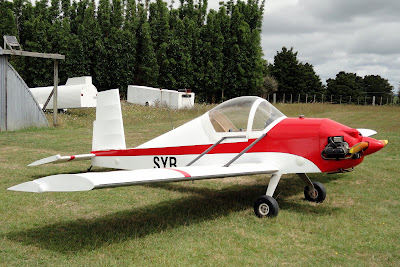 And a recent surprise was the registration of our ninth VP 1 as ZK-SYR (c/nAACA/55/122/1) which was registered to Bob Syron of Auckland on 13/1/11. ZK-SYR was built up from the bones of ZK-DGC by Steve Moor at Kaikohe, as mentioned in the first post of this series. Bob had started building a VP 1 himself and also recently purchased VP 1 ZK-DHI ( and then cancelled it), so maybe there is another VP 1 in the offing. Bob has written an article about his various aircraft in the Autumn 2011 edition of Sport Flying magazine. 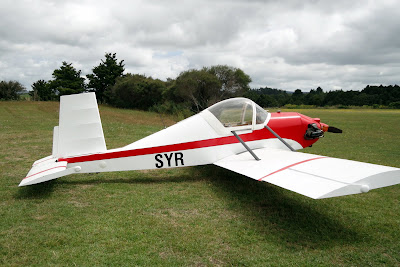 ZK-SYR features a raised tutledeck and a Corby Starlet canopy. Bob and Steve reckon it is the prettiest looking of New Zealand's Volksplanes and maybe they are right. It is photo'd here at Kaikohe early in 2011. Thanks to Steven Moor for the photos.