The Evans Volksplane was the next type of single seat homebuilt to appear in New Zealand following the Turbulent, Taylor Mono and Jodel D 9.

The Volksplane was designed and built by aircraft engineer William Evans of La Jolla, California, where it first flew in 1968. It was an attempt to create and aircraft around a Volkswagen engine that was simple to build and safe to fly. It certainly looked basic!

All photos are from the Keith Morris collection unless otherwise noted. 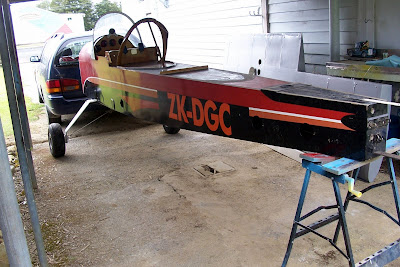 The first VP 1 on the New Zealand register was ZK-DGC (c/n AACA/55/122/1), which was registered to Bruce Absolum and Dave Barrot of Moerewa on 8/11/71. Good progress was made on the aircraft early on but it was not very successful due to undercarriage problems (the undercarriage tended to collapse) and it was cancelled on 27/5/98. It reappeared on the register on 18/12/03 (with a new c/n of 09) and a new owner Richard Cumming of Whangarei, but I guess it was still not very successful and it was cancelled again on 24/7/08. It was then purchased as-is where-is by Bob Syron who had it rebuilt by Steve Moor of Kaikohe and re-registered. Bob features prominently in New Zealand VP 1's recent history and he has written an article on his various aeroplanes including his VP 1's in the Autumn 2011 edition of Sport Flying magazine. Thanks to Steve Moor for this photo, the only photo of it that I have seen. Does anyone out there have any other photos of ZK-DGC? 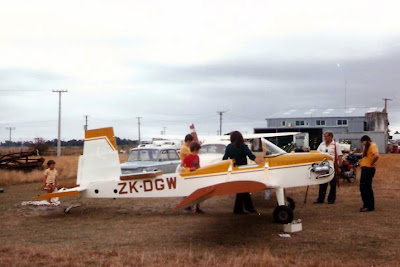 The next and more successful VP 1 was ZK-DGW (c/n AACA/101) which was built by Dennis Bismark of Feilding. It was first registered on 19/1/72 and is shown here very early in its life at Feilding Aerodrome. As I recall this aircraft also had problems, with an aft CG, until an engine mount was built but I am not sure if it flew much. It was sold to Bill Hedley of Palmerston North on 20/3/84 who cancelled it on 17/7/91. It was then stored for many years until being resurrected by Rex Thompson of Palmerston North and registered as a Class 1 microlight on 9/11/04. Rex had previously built Jodel D 11 ZK-CVP and owned Jodel D 9 ZK-KMM. Finally it was re-purchased by Bill Hedley on 13/4/05. It is still current and based at Feilding Aerodrome. 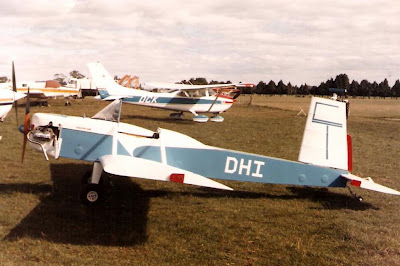