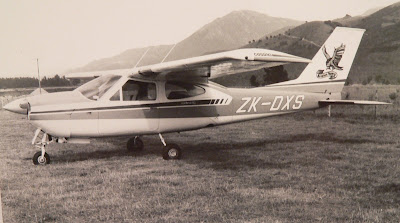 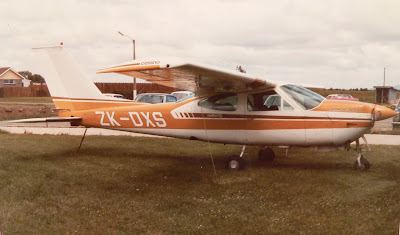 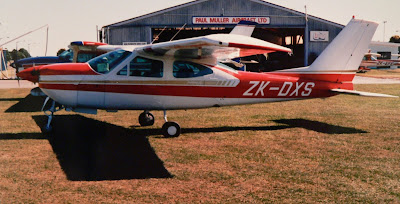 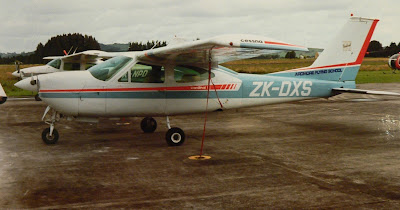 It spent a short time at the Bay of Islands Aero Club from July 1998 until January 1999 when it moved to Southern Air at Invercargill. Wakatipu Aero Club operated it from April 2000 until Cardinal Flyers of Feilding appear on 10-07-2000
Pic below at Wanaka on 29-02-2002 with Cardinal Flyers. 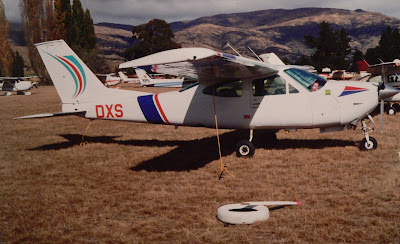 JJ Airways Ltd of North Shore became the listed operator on 19-05-07.
It crashed on take off from the Fox Glacier airstrip on Friday 5th taking out the power supply to the township. All three persons were injured with the pilot still in ICU at CHCH.
Mountain Helicopters lifted the wreck out of the bush on Thursday - three photos in the Press today.
Posted by Dave Paull at 20:13