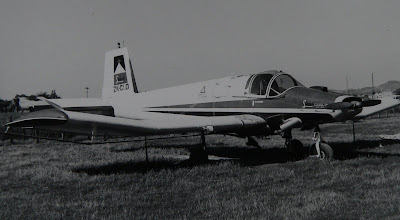 These two pics taken at Waipukarau on 02-03-1969 show it in it Sherwood scheme, basically James Aviation scheme with stylised "Sherwood" on tail and engine cowl instead of "James" 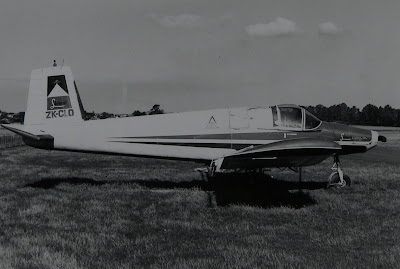 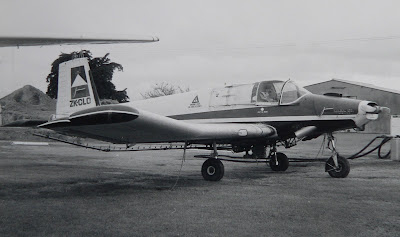 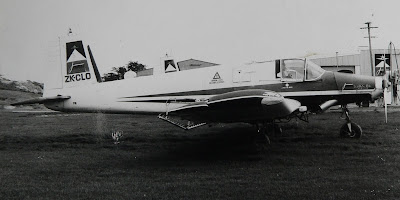 It had an engine transplant in June of 1978and became a FU24-950M. (easiest recognition feature from earlier model is the deeper squarer cowl with stub exhausts on each side and three blade prop).
It relisted to King Country Aerial Farmimg Ltd of Te Kuiti on 06-08-1984 and the two pics below show it as such, still with the tired James markings on its tail and pilots name of Murray McFarlane forward of cockpit 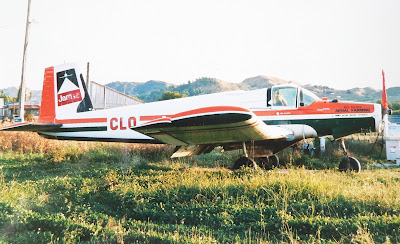 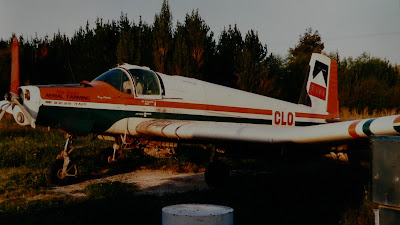 By April 1987 John Rika was flying it
under the King Country Air Service name. At about this time it was redesignated as aFU24A-950M (which I think means dual control), and it also took part in the alternative fuel trials - in this case it was the Methanol field test aircraft.
It had a woopsie at Te Akau on 03-08-1988 and was cancelled on 01-09-88.
Pacific Aerospace Corporation then feature in its ownership trail from 27-10-89 following a rebuild.
Central Airspread at Alexandra became the next operator from February 1990, then Beck Aviation in 1992,
Pic below at Taieri on 04-08-1992. 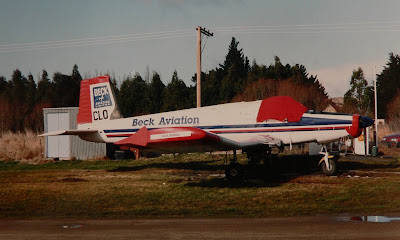