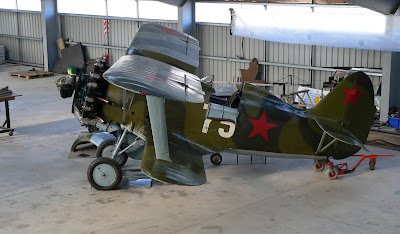 Not yet cancelled but dearly departed is the Polikarpov I-153 Chaika ZK-JKM with c/n 7027. It is away to Spain to join the Parc Aeronautic de Catalunya Foundation Museum near Barcelona.
For more details see the latest edition of NZ Aviaton News Magazine (September page 2). 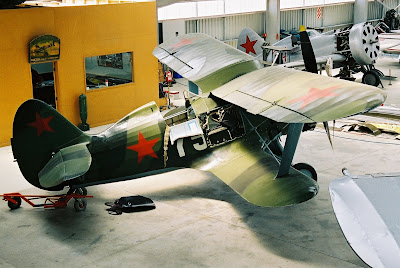 Familiar to all Wanaka Air Show visitors and also seen at Masterton not too long ago. It was trailered up and back.
It had a bird (duck) strike on 21-04-00 and for a period afterwards carried a Duck Kill sign. It also wore a Chinese Nationalist Air Force scheme at about the same time.
I know I have a pic of it in that scheme, but do you think I can find it ???.
Top pic taken at Wanaka on 16-08-2006.
Lower pic also at Wanaka but on 16-12-2003.