As I was leaving Ardmore last Tuesday I saw that the old original (?) hangar on Harvard Lane was open so I popped in.  There are a lot of interesting aircraft in there, and here are a couple of them: 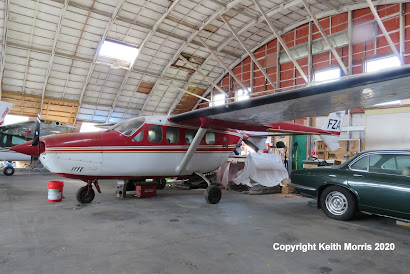 I managed a better photo of Cessna T337G Turbo Super Skymaster (c/n P3370029) ZK-FZA (I last posted it in 2014).  It is still registered to an Auckland owner.  Does anyone know if has flown in the intervening years? 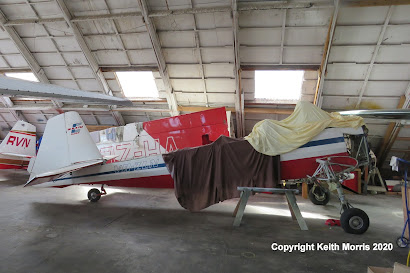 And tucked away at the side of the hangar was the Zlin Trener Master VH-ZLN (c/n 1091) which was ex ZK-CJY before being exported to Australia in 1992.  We have previously reported that it is now back in New Zealand and it will presumably return to the sky here sometime in the future.
Posted by Sir Minty at 12:58