The Osprey 2 was designed by George Pereira in the early 1970s, and was derived from his single seat Osprey 1, also known as the Air Skimmer.  The prototype first flew in April 1973.  It is of all wood construction with a foam and fibreglass flying boat hull. 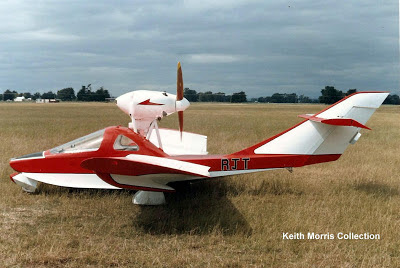 ZK-RJT (c/n AACA/57/2) was our first Osprey 2.  Constructed by Rex Thompson of Bunnythorpe (near Palmerston North), it was first registered on 13/12/83 and its first flight was on 13/3/84.  It was badly damaged  during test flying near Kimbolton on 17/5/84 when a part from the motor came loose and damaged the propeller, resulting in a forced landing.  However, Rex Thompson rebuilt it and it flew again on 16/12/85.   The above photo was taken at Feilding in 1986.  It was sold to AW Leggett of Takanini (near Auckland) on 9/8/91.  Finally it was sold overseas to Italy, and its registration was cancelled on 16/7/98. 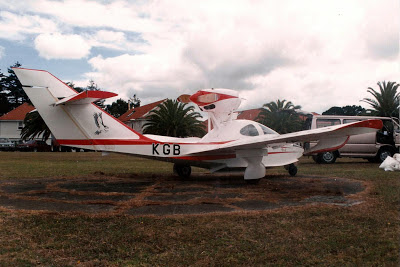 ZK-KGB (c/n AACA/573) was our next Osprey 2, built by Kent G Belcher of Auckland (hence the registration).  It was first registered on 7/3/86.  It is photo'd above at Hobsonville, where it was based.  ZK-KGB seems to have been rarely photographed, so thanks very much to Derry Belcher for these photos. 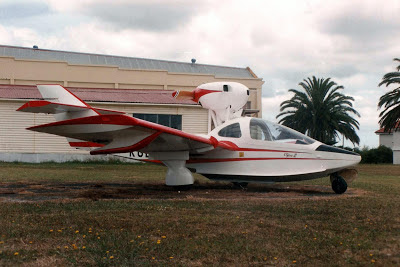 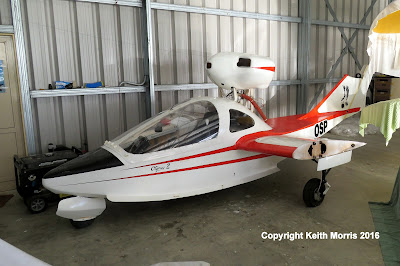 It is still current and is stored in a hangar at North Shore airfield (June 2016). 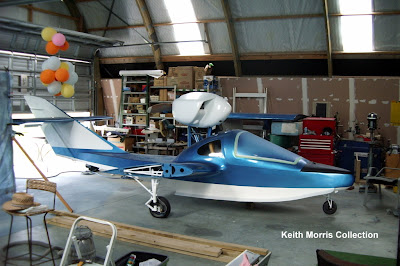 And there has been another Osprey 2 completed in New Zealand.  I understand that this aircraft was built by (Richard) Dick Thompson and it is photo'd here in his hangar at Ardmore.  I was told that it carried out water trials but has never flown to date. 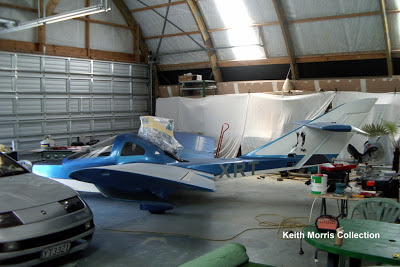 Nor has it been registered, although it carries the registration letters (ZK-)XRT in this photo taken on 19/11/08.