I went to Ardmore today looking to get new RV 7A ZK-RVD, but it was still in its locked hangar having engine baffling done. 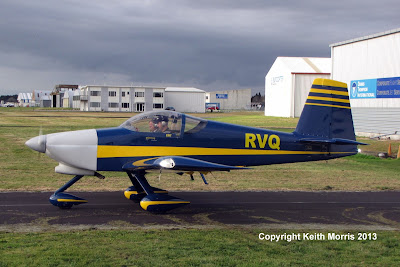 However a real surprise was RV 9A ZK-RVQ which flew in for around 20 minutes before returning to Feilding, and I just happened to be in the right place at the right time.  It was assembled in Feilding and was imported from the USA, and has flown around 30 hours in New Zealand.  It has had a new engine and cowlings installed, and it will be repainted.  It is registered to an Auckland owner. 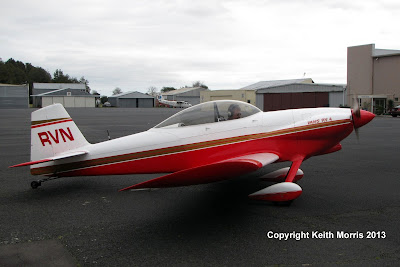 And local RV 4 ZK-RVN was out for a local flight.  This is the first time I have seen this aircraft outside.
Posted by Sir Minty at 19:37