Different - but the same. 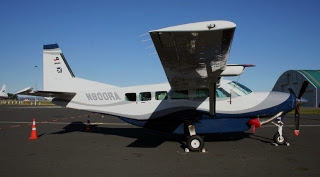 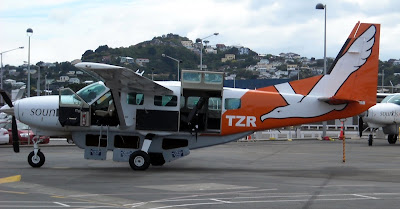 To achieve this change the Cessna 172S that was already wearing the ZK-SAN marks was temporarily registered  as ZK-VBF. Then the SAN marks were transferred to the Caravan and then the 172 took up the ZK-TZR marks - and by the time you read this the 172 will have been transferred to Izard Pacific Aviation at Taupo. 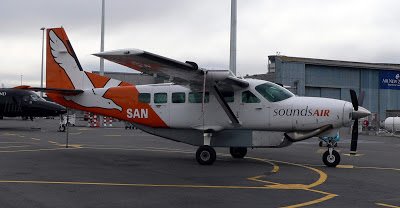 Above is a view of ZK-SAN2 as seen today at Christchurch.

Another of Sounds Air Cessna Caravans - ZK-MJL is about to become ZK-SAY.
I wonder if ZK-PDM will be changed ?
Posted by Dave Paull at 17:10