I was able to call in at Parakai, but had to leave at midday.
At that time, a considerable number of aircraft were present. Mostly 'the usual suspects' but a few new ones.
Parakai seems to have become a magnet for gyros. Oscar Stielau's MT02 Eagle looked as if it was being made ready for flight. 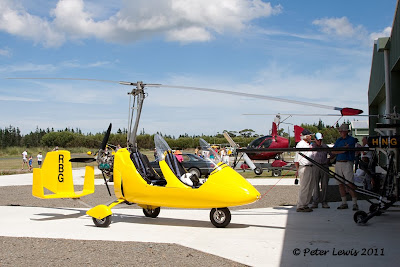 The red beast behind it on the trailer was the Acorn Industries Ltd UFO Heli-Thruster ZK-RIG. Looks like this has yet to fly. 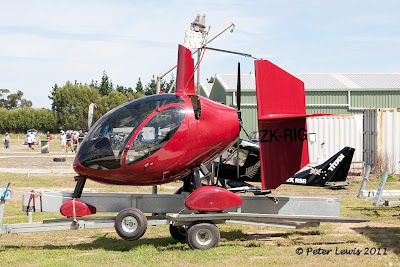 Perhaps the award for the longest commute should bo to the Carpenterie Pagotto Brako Gyroplane ZK-ZNB of Christel Diener & Michel Babou, Arrowtown. Thats a long way from Parakai. 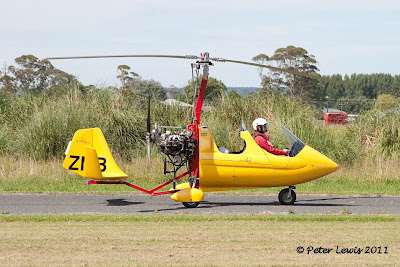 The Tauranga gyro contingent made a nice lineup. 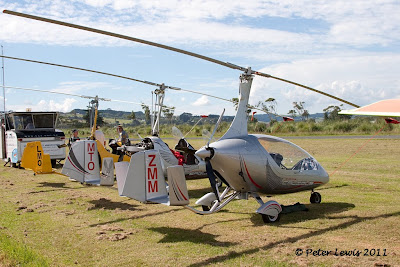 Among the fixed wing, I'd not seen this Progressive Aerodyne Sea Rey ZK-SRY before. 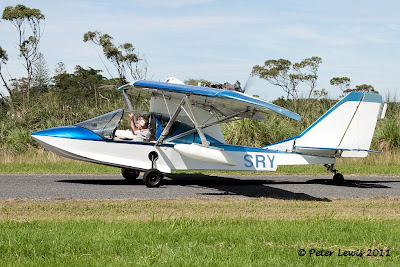 Looks like it was set to be a really nice turnout, pity I had to leave early.
Posted by flyernzl at 20:35