The Call brothers produced their first aircraft in 1940 which became known as the Callair Model A. Natural development had the models progress through to the A-7 by which time the assets of Callair Inc were acquired by IMCO (Intermountain Manufacturing Company). IMCO used this A-7 model as the basis for the A-9 which was a single seat agricultural aircraft strongly resembling the Piper Pawnee.
From the A-9 came the IMCO Callair B-1,in 1966. This was a considerably larger aircraft with double the hopper capacity and was powered by the Lycoming IO-720 of 400hp. At about this same time the type certification, rights and production was sold to Rockwell Standard Corporation. Production of the B-1 ended I believe after only 36 airframes were completed. Of these, eight came to New Zealand and two others had NZ registrations allocated but did not make it to NZ (ZK-CRS & CRT).
I got the impression that these B-1’s were not particularly well liked by either pilots or engineers and that the 720’s gave their share of problems.
One B-1 (ZK-CRU) was re-engined in NZ with a P&W R985 radial to become a model B-1A.
There is comprehensive thread on the NZ Callairs at the following link. 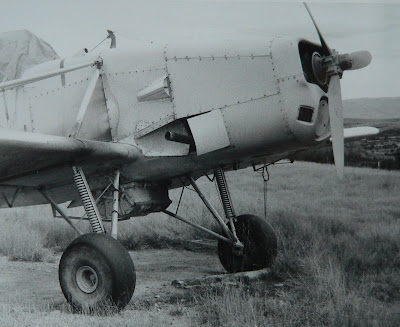 CRA's last flight was on 28-09-1997 in the Orari Gorge area. I believe it was parked on a hill and the wind rolled the aircraft down a hill on the 30th. 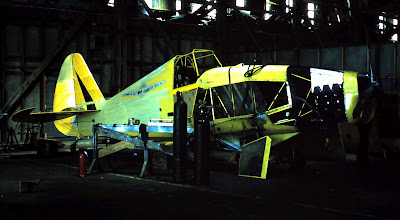 The Second view shows it at Timaru on 17-12-1973 with Auster Air Services Ltd and carrying spray gear. 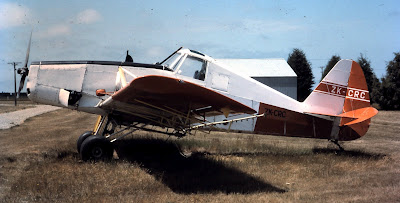 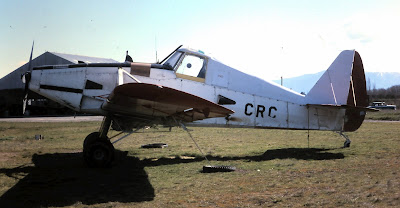 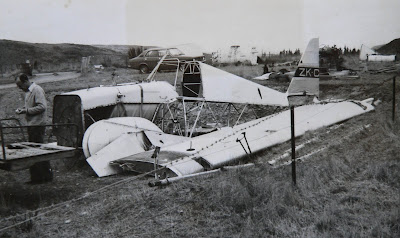 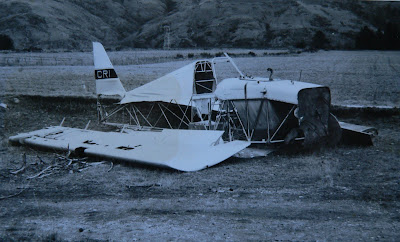 ZK-CRJ , c/n 100020 , started with Auster Air Services in late August of 1966, went to Otago Air Services (at some stage ) and finally to Central Aviation on 23-01-1974. It broke its crankshaft near Dunback on 03-09-1975 and was cancelled on 05-11-75. This undated photo shows her parked beside State Highway One just north of Palmerston. The airstrip was actually at the top of the first ridge above the aircrafts nose. 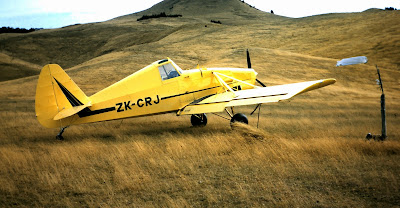 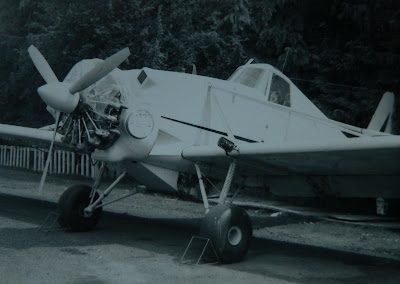 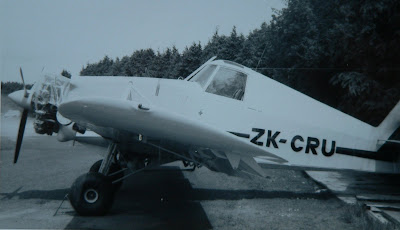 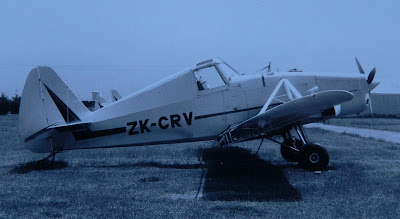 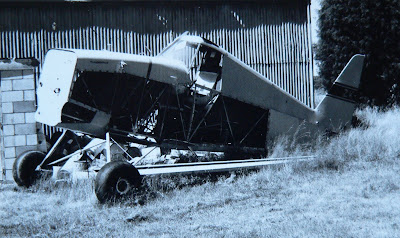 The final shot shows what I always thought (based on the different colour of the panel over the top of the hopper) was ZK-CRC on a trailer. The photo was taken at Timaru in January of 1978.
However CRC flew up until being withdrawn at NZRT on 07-08-1978. 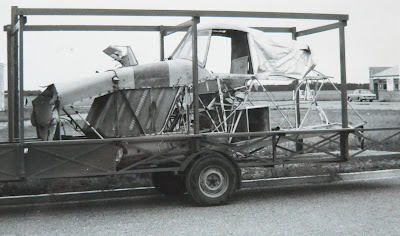