The Titan T 51 Mustang is a three quarters scale model of a full sized Mustang manufactured in kit form by Titan Aircraft of Austinberg, Ohio. The local agents are Campbell Aero Classics of Loburn Abbey near Rangiora, and Ivan Campbell told me that they have sold 34 kits for the aircraft.

On my way down to Tauranga for the SAANZ fly-in I came across several examples as follows: 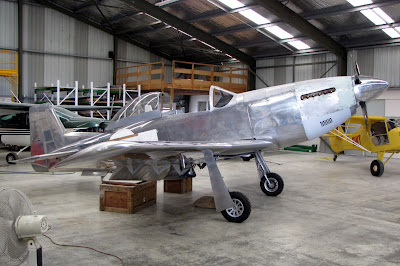 The first example was the Warbirds ZK-AKL at Ardmore, which is nearly completed and is a Rotax 912 powered Class 2 microlight example. This one features flush riveting which would add considerably to the building time. 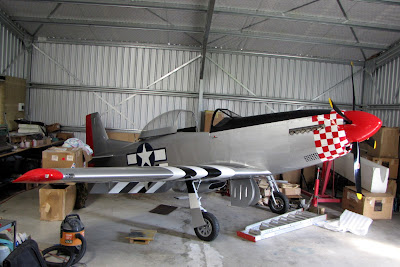 The next example was Peter Walton's ZK-WSV at Mike Crene's Kiwi Mustangs hangar at Matamata. This aircraft features a Suzuki V 6 motor and was registered on 19/2/09. 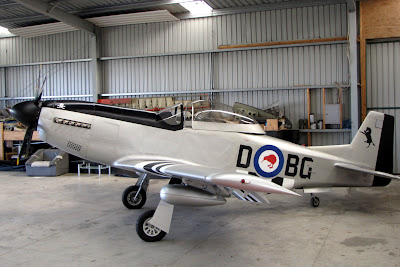 And finally, Mike Crene's own ZK-DBG hangared at Tauranga. ZK-DBG also features a Suzuki V 6 motor and was first registered on 12/7/07, so it has been flying for some time but it still looks great!