John Shuttleworth of Morrinsville built his Titan Mustang at Hamilton and powered it with a unique Mazda 13B Renesis rotary engine which produced around 200 HP.  (I have found other Mazda rotary powered Titan Mustangs on the web but John's was our only example).  John went to a tremendous amount of effort with his Mustang even to the extent that the rotary engine's exhaust was piped to the 12 exhaust stacks.  And he also put a lot of effort into the No 3 (Canterbury) TAF RNZAF colour scheme which featured exact reproduction stencilling, and it has its c/n 57 on the fin.  The aircraft was named "Miss Dixon" for John's girlfriend of the time, who later became Mrs Shuttleworth.  Mike Crene also put a lot of work into the aircraft, fettling it to more accurately represent the lines of the original Mustang 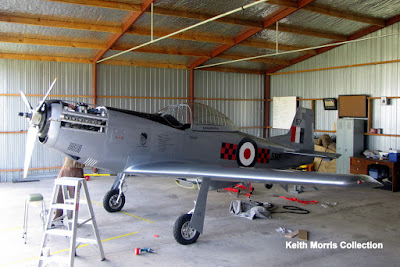 ZK-SMF (for Scale Model Fighter, c/n M05XXX5OHK0057) was first registered to John Shuttleworth's Matamata Aviation Ltd of Morrinsville on 6/8/09.  It originally had a 3 bladed propellor which appeared on the F model Mustang but I do not think the 3 bladed propellor would be representative of a RNZAF TAF Mustang?  The above photo was taken in John's hangar at Matamata aerodrome on 23/12/10. 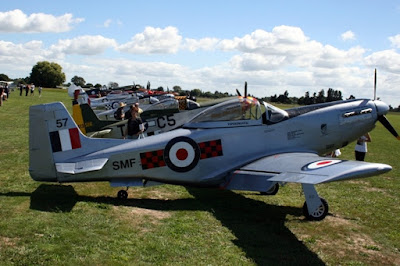 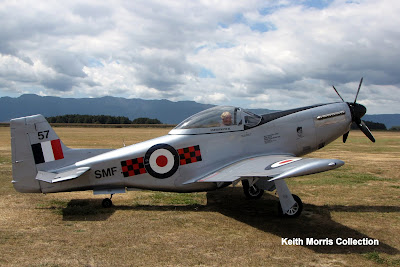 I never saw John's aircraft flying but he did taxy it out for us when we called through Matamata aerodrome on 9/3/14.  By this time it had a 4 bladed MT electric constant speed prop. 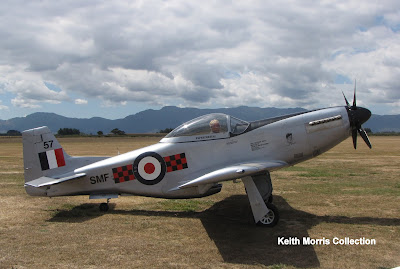 Tragically, John was killed in the crash of ZK-SMF at Matamata on 18/10/16 when he suffered a power failure on take off.  The aircraft was cancelled on 21/3/17.  RIP John.