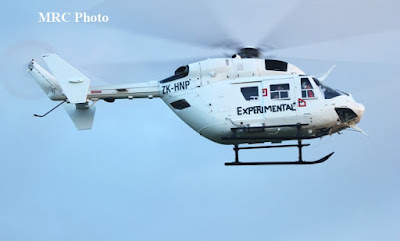 To upgrade to a BK117-850D2 takes approximately three days. The upgrade process involves a straight swap of the engines and the exchange of the N1 and TOT gauges with the new markings/limits. This upgrade increases the performance and the safety margins of the helicopter, making a useful and versatile helicopter platform, more reliable (99% technical fleet availability over 16,500+ flight hours) and more economical.
The process is undertaken in New Zealand and more recently by ADAC Luftrettung, who have recently just upgraded two of their aircraft in Germany. The BK117-850D2 can be found operating in Europe, Africa, Asia-Pacific & Latin America regions.
Airwork ordered their 100th LTS101-850B-2 engine back in March 2016 and typically carry out one or two conversions per month.
There are plenty of still active BK117 helicopters that could have a new lease of life with the service that Airwork provide and perhaps the next 50 will not take another six years to achieve.
Technical data taken from BK117-850D2 brochure.