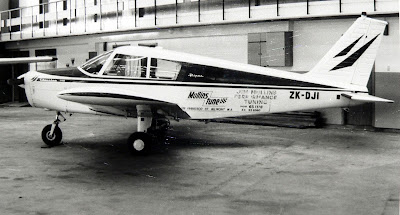 Above we see it at Christchurch on 26-04-1973 still wearing is Jim Mullins Performance Tuning signage from Belmont West Australia. 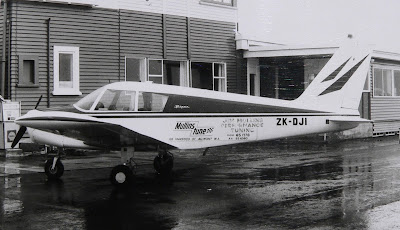 Now two views of it outside the Wellington Aero Club's clubhouse and Ivan East's maintenance shop on 20-09-1973. 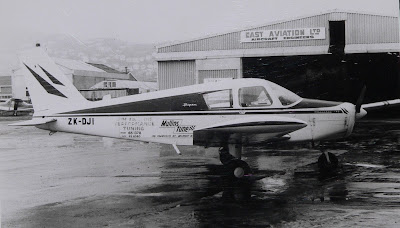 Below is a photo from Allan Wooller showing it at an airshow at Tauranga in March 1975.

ZK-DJI was sold to WKG (Graham) and E C (Ena) Monk *of Rotorua from 09-04-1975.
CMM captured it at Invercargill in June of 1976 with a change of colour and wearing the Kittyhawk/AOPA badge on the rear of the fuselage. 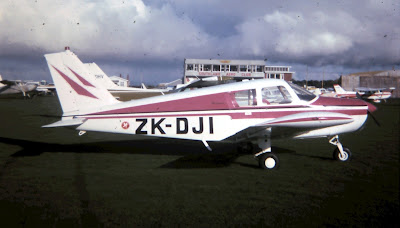 Below Allan Wooller captured it at Paraparaumu at another (Airwomans ?) gathering in March of 1977. 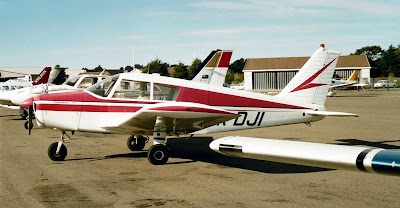 Four Seasons Tours of Ashburton became the owners from 24-05-1988 and it received another paint job as seen at Ashburton on 21-12-1989, with I presume temporary registration markings. 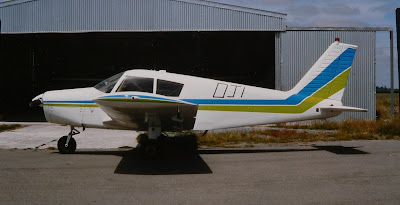 Here we have two shots of it as seen at Christchurch on 05-11-1994.
Can anyone shed light on the Scotsman below ? 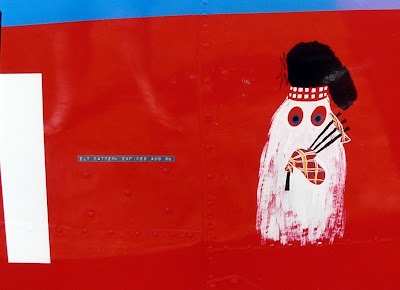 The Robinson Roswell Syndicate of Christchurch were listed as owners on 12-04-1995,
and then from 13-03-1998 Ena Monk of Rotorua re-acquired it and applied the 'garter' to the port undercarriage fairing and added the name 'Cherie'.
It was  noted (below) for sale at Dennis Thompson International at Ardmore by Keith Morris on 30-12-2013

As from 23-01-2014 it has been in the caring hands of Pauline Hogue and David King and based at Alexandra Airport.
It still carries the name "Cherie" on the starboard side. 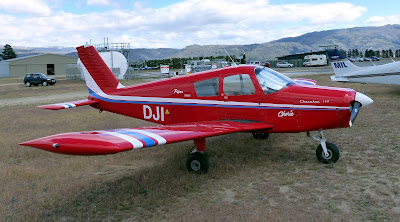 Finally below we see the 'garter' on the port undercarriage leg.
As seen in 'Question time 199'. 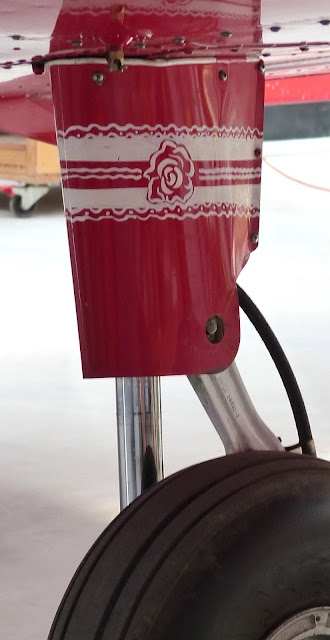 * Ena learned to fly in the 1950's and became a life member of the Rotorua Aero Club.
She was a founding member of the New Zealand Association of Woman in Aviation (NZAWA) in 1959.
She also helped found the Rotorua Gliding Club with her husband Graham (and others) and was a tow pilot.
I also believe Ena was a respectable potter.
Check out ENA at the Rotorua NZAWA 2007 event  Here
For more info on the NZAWA go Here.
Posted by Dave Paull at 08:10