The Fisher R-80 Tiger Moth was the next sport aircraft type to appear in New Zealand in 2005.  It is an 80% scale version of the DH Tiger Moth that is produced by Fisher Flying Products who have now relocated from Edgeley North Dakota to Woodbridge Ontario in Canada.  The New Zealand agents are Campbell Aero Classics of Loburn in North Canterbury, and our first Fisher Tiger Moth was completed by Ivan Campbell as his demonstrator aircraft in November 2005.

We have had five examples in New Zealand to date, as below: 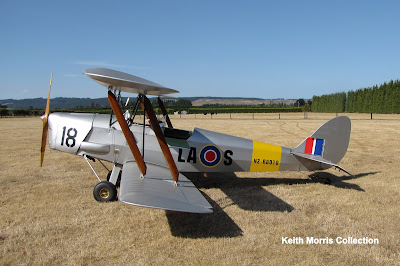 Ivan Campbell's demonstrator aircraft ZK-LAS (c/n 18) was first registered to him on 29/11/05 and is powered by a Suzuki engine of around 100 HP.  It is marked up with the fictional serial NZ R8018 and is in the colours of a wartime RNZAF trainer.  It is still owned by Ivan and is photo'd at its Loburn Abbey base on 8/2/15. 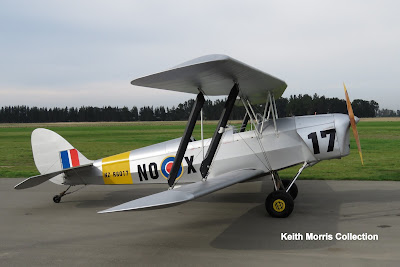 Next up was Russell Warnock's ZK-NOX (c/n 17) which was first registered to him at Christchurch on 31/3/06.  It also has a Suzuki G 13B engine of 100 HP driving the propellor through a geared reduction unit.  It carries the fictional RNZAF serial of NZ R8017.  It is photo'd above at Rangiora on 1/4/17, which sadly was the day it suffered an engine failure and was written off in the ensuing forced landing.  It was cancelled from the register on 4/7/17. 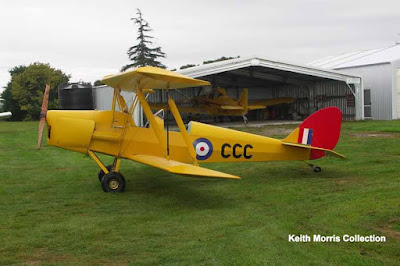 Jon Farmer of Auckland chose a different training scheme for his ZK-CCC2 (c/n TM18), and it was first registered to him on 16/10/06.  Its first flight was at Matamata on 23/4/07, where the above photo was taken on 2/10/07.  It was powered by a 50 HP direct drive Walter Mikron engine.  It clipped a fence on take off from Wharepapa in the Central North Island on 23/10/09 and was badly damaged although Jon Farmer was not hurt. 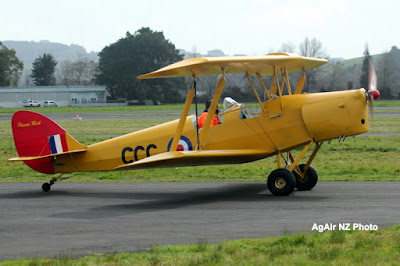 Jon then rebuilt the aircraft with an 85 HP Walter Mikron engine (and a starter motor hence the slight bulge at the front top of the cowling).  The rebuilt aircraft was test flown by Ian Williams at Ardmore on 13/8/17 when the above photo was taken.  In a nice touch it wears the title "Phoenix Moth" on the rudder. 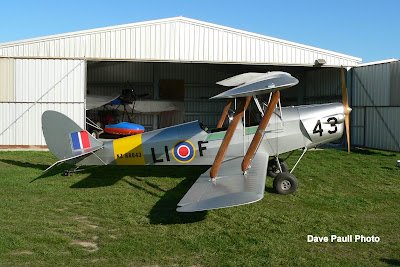 Peter Parkinson built his Fisher Tiger Moth ZK-LIF (c/n TM43) at Rangiora and it was first registered to him on 1/2/07.  It is different in that it has a Rotax 912 engine.  It wears the fictitious serial NZ R8043 as seen in the above photo taken at Rangiora on 27/5/07. 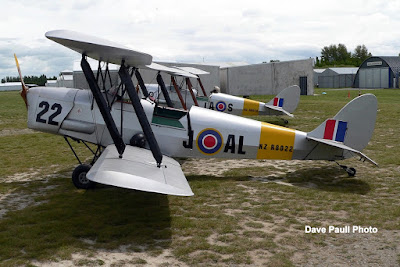 ZK-JAL2 (c/n 22) was built by James R Loughnan of Wanaka and was first registered to him on 26/2/09.  It is powered by a Suzuki engine.  It is photo'd above at a Fisher Tiger Moth gathering at Rangiora on 30/10/11 where it can be seen that it wears the fictitious serial NZ R8022. 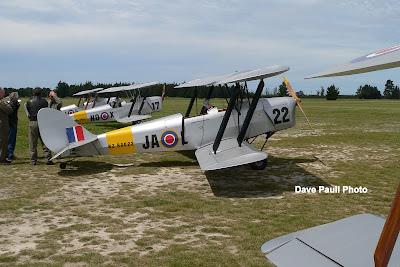 And here are another couple of photos of the four similarly painted aircraft at Rangiora on 30/10/11. 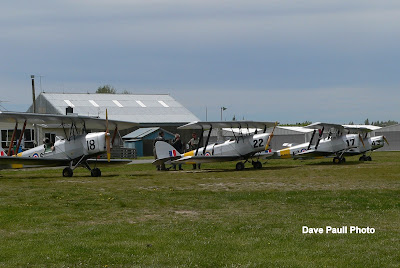 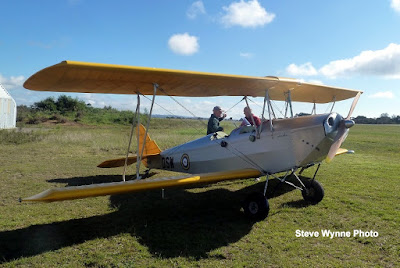 After a several year gap another Fisher Tiger Moth was registered on 13/4/16.  This was ZK-DSW2 (c/n MH 1978).  This was imported from the USA as a partially built project by D S (Steve) Wynne of Kerikeri.  It is powered by a 107 HP UL engine which has the advantage of being direct drive to the propellor.  Steve told me that he covered his aircraft with Oratec cloth that comes in the finished colour and is is glued on, resulting in a much lighter covering.  Steve is very pleased with the finished aircraft and kindly sent the attached photos.  Thanks Steve. 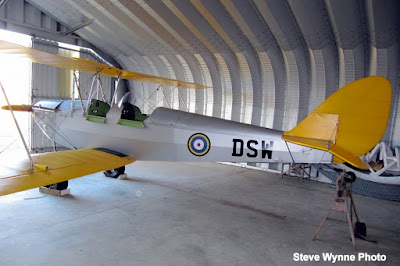