Evan Belworthy registered his MOA (according to Evan it stands for "My Own Aircraft") as ZK-MQA (c/n BEL 6) on 11/5/00.  It is his design for a four seat aircraft to take all the family on trips but still being able to operate in and out of local airstrips.  He combined design ideas from Austers, Wag Aeros and the Miranda, and for carrying gear the added a cargo pod underneath.  There is also storage behind the rear seats, which can be folded down if flying two up to give even more storage. 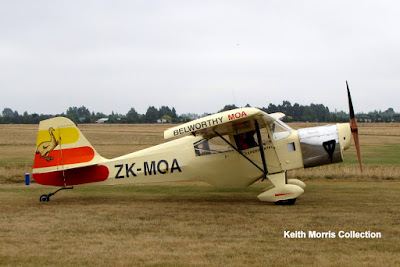 ZK-MQA is photo'd here at the 2013 SAANZ Flyin at Ashburton. 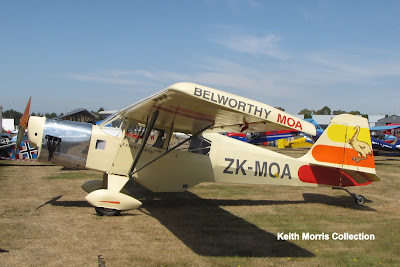