This next group of Europas complete our Monowheel aircraft fleet (to date). 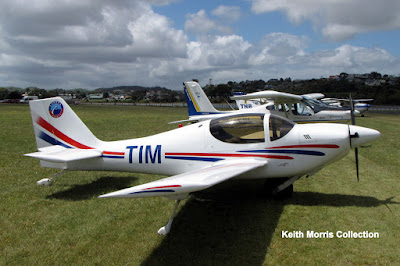 ZK-TIM2 (c/n 292) is a Classic model that was built by Tim Ward of Christchurch and first registered on 9/3/04.  It suffered an undercarriage collapse at Wigram on 14/6/04 but was repaired.  It is photo'd above at the 2013 Black Sands flyin at Raglan. 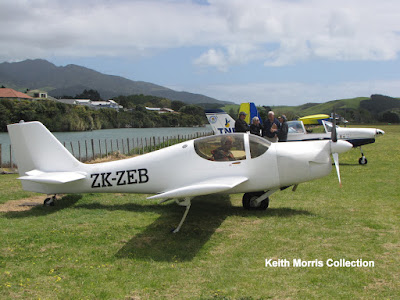 ZK-ZEB (c/n 198) is a Classic model that was built by Peter Austin of Whitianga and was first registered on 11/2/08.  It is different in that it is powered by a 3 cylinder Wilksch watercooled diesel engine that is both supercharged and turbocharged.  It is also photo'd at Raglan, at the 2009 Black Sands flyin. 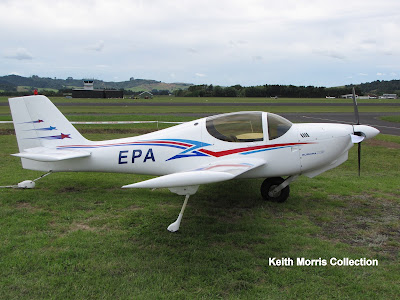 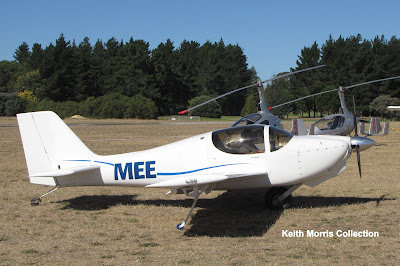 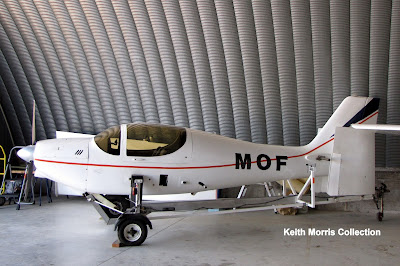 ZK-MOF (c/n 130) has an interesting history in that it has been around the world with its builder and owner.  You can see from the c/n that it is an early Classic model, and it was mostly built in Wellington by John Bampfylde.  I remember from Sport Flying magazines that this aircraft was quite advanced and I understand that it was allocated the registration ZK-PKA, but that was not taken up.  I expected it to be our first Europa to fly, but John transferred to America where the aircraft was registered as N1960J on 29/11/99 to JSW Bampfylde of Wilmington Delaware.  It did fly in America but was cancelled from the US register on 10/9/02 when John took the aircraft with him to Australia where it became VH-JXN from 23/1/03 and later 19-7327 from 23/11/09.  It was cancelled from the Australian register when John returned to New Zealand and it was registered ZK-MOF on 7/3/13.  It is photo'd above in a hangar at Rangiora on 8/2/15 but may not now be there as John has moved to Upper Moutere.
. 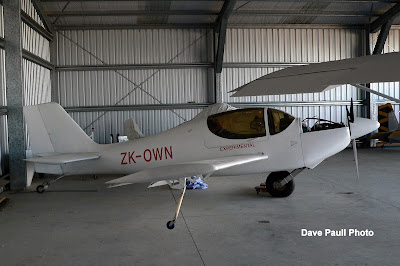 ZK-OWN (c/n 240) is an example of an aircraft was never officially registered, although as photo'd above it was painted as such at Rangiora on 5/5/10.  It was a Classic model that was built by Dick Owen of Christchurch.  I understand that it had some construction issues and it never flew as ZK-OWN. 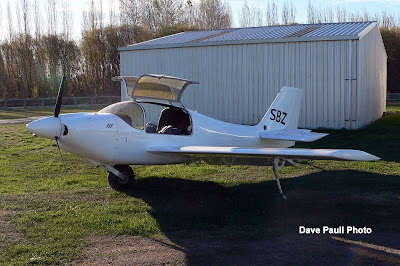 In December 2013 it was sold to Wayne Lindebaum of Christchurch.  He remedied the construction issues and registered the aircraft as ZK-SBZ on 26/8/14,  Its first flight was at Rangiora on 20/6/15 in the hands of Mike Small.  The above photo was taken at Rangiora on 10/5/15. 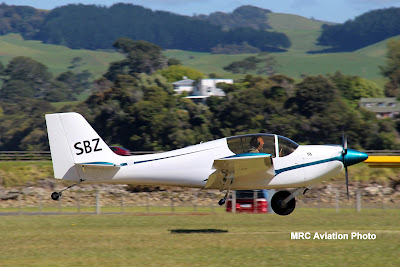 I wouldn't be surprised to see more Europas registered in New Zealand in the future as it is a very capable and fast aircraft.  (And of course we still have several tri-gear Europas to post).  Watch this space.