Welcome back to Auster J1B ZK-AYU. 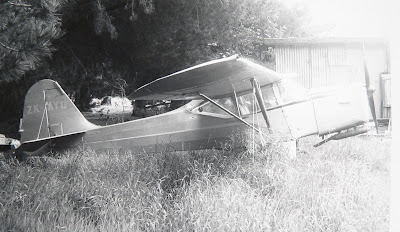 I dug these aged monochrome pics out the other day, dusted them off & re-photographed them with the digital camera on the kitchen table.
The above pic, for which I make no apologies, was taken at Queenstown in the days of Jiffy Kodak cameras and 620 negatives. It was also before the days of recording photo details. But I do know that it was taken before September 1964; because thats when I first departed our shores. If you look behind me you will see the derelict Avro Anson ZK-AXY.
The aircraft was imported by the British Aircraft Ltd, the NZ Auster agents, and was registered on 09-05-1952, gained its C of A on 30-05-52 and went to the Southland Aero Club. When the Southern Districts Aero club was created it was gifted to them (December 1960 I think). It went to the Kea Syndicate of Queenstown in May of 1963. The pic below was taken at Timaru on 17-02 1969 and still bears the "Kea Syndicate" name just above the venturi, although ownership had passed to H E Cederman of Timaru on 08-10-68. 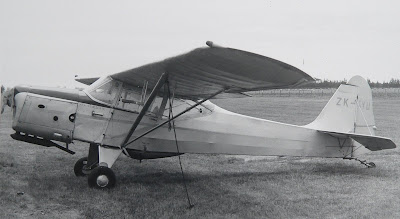 Next known owner was R B Savill of Hanmer Springs (early 1970's ?)
Pic below taken at Paraparaumu 27-02-71 from the rise up to the Crash Fire garage. 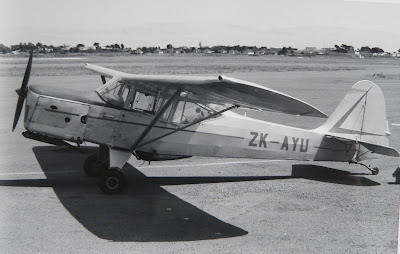 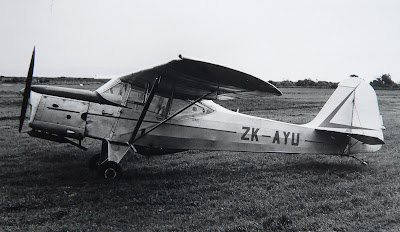 A fuzzy shot also at Thames the same day from the other side shows what at first glance looks like just another Fletcher beyond the nose. Closer examination will reveal that it is however the DHA-3 Drover Mk3A ZK-DDD (three Lycoming O-360's) in its Mercury Airlines scheme. 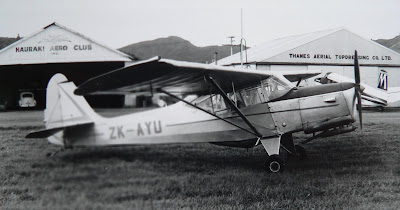