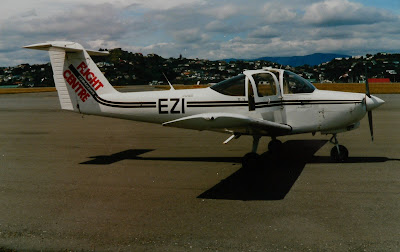 It was rebranded to the Wellington Flying Centre on 23-11-89.
Pic below showing altered scheme at Wellington on 03-10-89 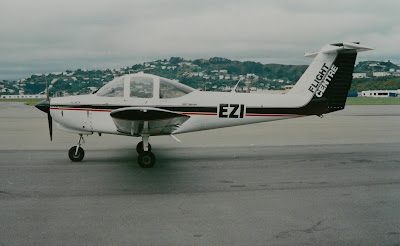 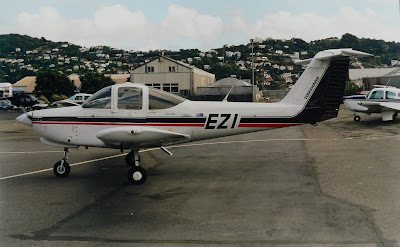 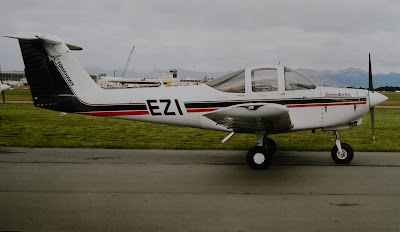 On 05-03-2008 it veered off the strip in a strong crosswind at Kaikoura and went into the lupins. It was rebuilt, its registration cancelled on 09-06-08, and it was re-registered in the CAC Tomahawk ZK-EY# block as ZK-EYF/2.
I finally caught it outside today at Christchurch getting some fresh air. Below 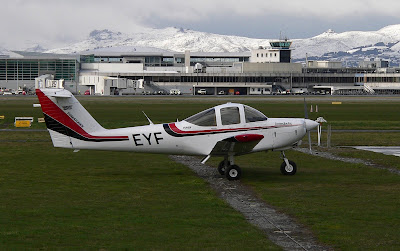 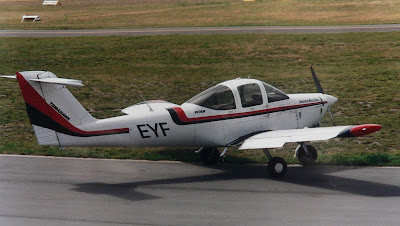 Can you tell the difference ?
I can - because I record details on the back of all my prints.