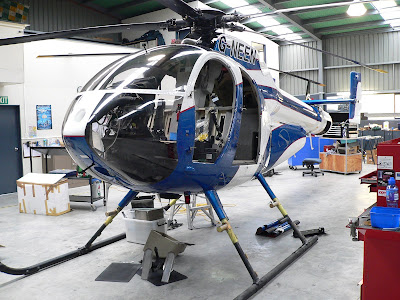 It was removed from its container at Skysales on late Monday afternoon, re-assembled, the fire lit and delivered across two fences to Heli-Maint.

I caught it just as the heat gun was doing its thing on the old Pommie registration of G-NEEN.

At one brief stage it showed the registration as "EEN". Now could this be confusing for some budding aviation enthusiast who inherits my photo collection in due course (not for a few more years yet I hope). This brings me back to my blog on EYF about keeping good records. 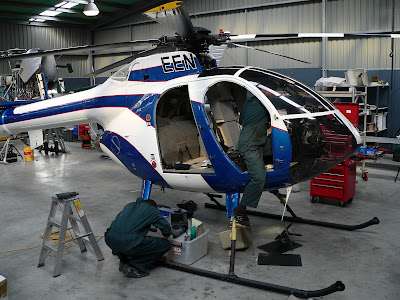 It is now listed as ZK-HBC/4 for Mount Hutt Helicopters, using Blair Chapman's initial as the last two letters. 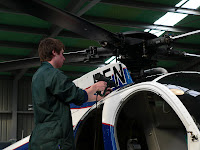 The fastest (heat) gun in the south - waiting for no photographer.
Thanks to Heli-Maintenance for pic opportunity.
Posted by Dave Paull at 22:29