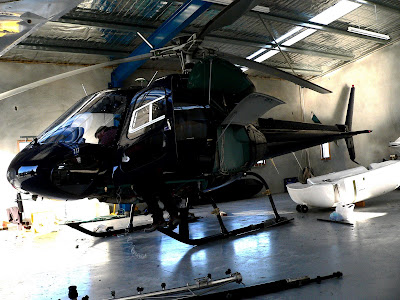 Walking past a hangar at Rangiora yesterday I spotted the AS350BA upgraded Squirrel ZK-HKW/4 , c/n 1360 , tucked away in the dark corner. Ive seen it around hundreds of times before so I continued my snoop around. Wasn't until I spoke to one of the other aircraft owners that he mentioned that they had a "new" helicopter based on the field. On the way back to the vehicle I had a closer look at the olde familiar HKW and found that there were two guys down from Taupo installing spray equipment on her and that it now operates under a different name; not that of Amuri Helicopters - to whom it was registered on 05-02-2008 - but Way To GO Heliservices. 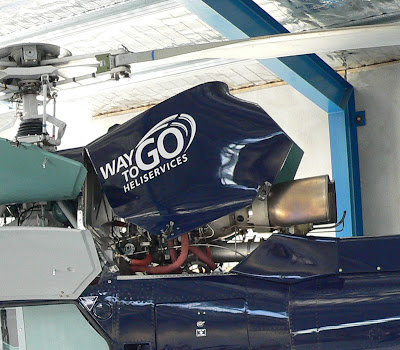 A bit of a lesson there I guess.
This Squirrell is now 27 years old, but is not long off a prolonged major rebuild at Christchurch Helicopters. (A back of the hangar spare time job).
Incidently it flew as ZK-HDV/2 with Southern Lakes/Helicopter Line and Northland Emergency Services between late 1990 and June 1993 before going to Australia to become VH-HBK.
It returned to NZ in June 2002 for CHCH Helicopters as HKW.