I was at Wings Over Wairarapa in 2019 when the flyover by a USAF B 52 was cancelled, and everyone was so disappointed.  The 2019 airshow also flirted with bad weather and the Sunday flying programme was cancelled.  This was after the whole 2017 airshow was washed out....

So Wings Over Wairarapa 2021 was eagerly anticipated by many and it was great that the efforts of the organisers and the US Embassy resulted in the appearance of a B 52 in our skies on Saturday 27 February.  Jordan Elvy was there are took the following photos of the huge bomber as it made several low passes.  Thanks for the photos Jordan.

And then came the news of the latest Covid lockdown in the Wairarapa to Level 2 which forced the organisers to cancel the Sunday flying programme - I reckon that makes 2 practice days and 2 airshow days over the last 3 airshows (out of a possible total of 6 airshow days).  Bummer! 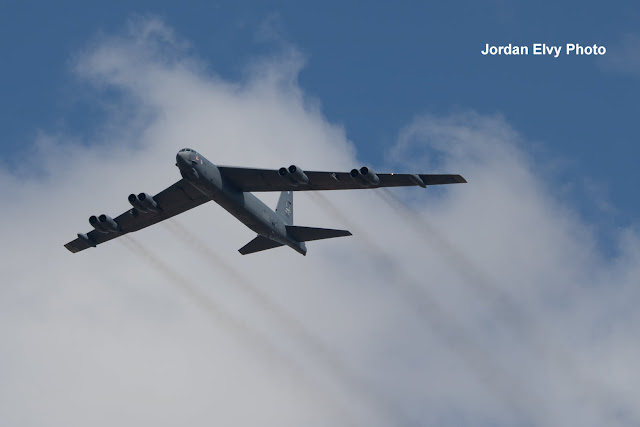 The B 52 was Serial Number 60-0059 and it flew from Guam and back to Guam with air to air refuelling out of Brisbane.  It was quite low and video showed it to be going quite quickly.  It also left an old school smoke trail from its 8 engines. 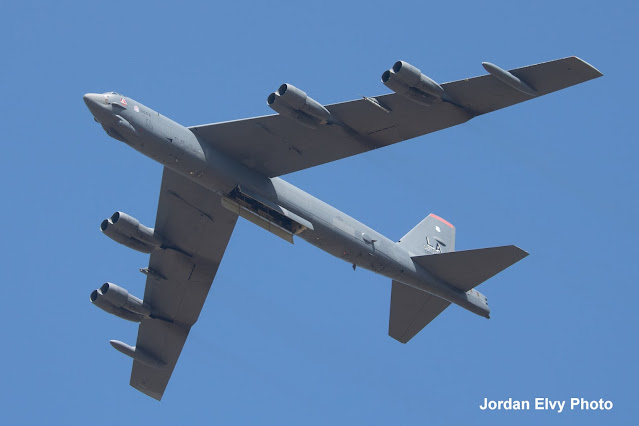